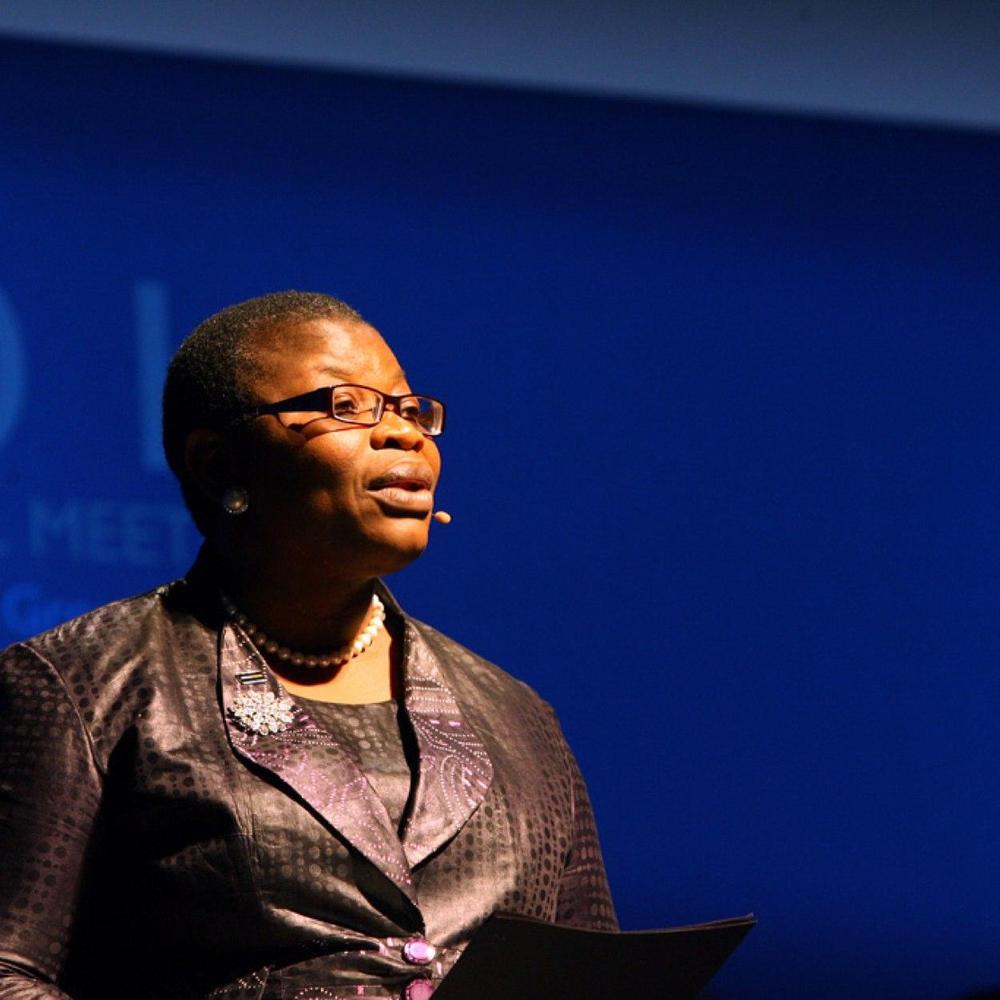 In a statement released on Thursday, presidential media aide Garba Shehu “advised” former minister of education and convener of the #BringBackOurGirls movement Oby Ezekwesili to “rise above pettiness.

This was in reaction to Ezekwesili’s series of tweets on why President Muhammadu Buhari should be a leader to all Nigerians.

Ezekwesili said that it is tragic that President Buhari has “deliberately or inadvertently alienated a segment of the people (he) leads.”

She added that “a real leader does not suffer from the disease of ethnic prejudice,” apparently in reaction to the increased military presence in the South East, particularly in the streets around Indigenous People of Biafra (IPOB) leader Nnamdi Kanu‘s home. 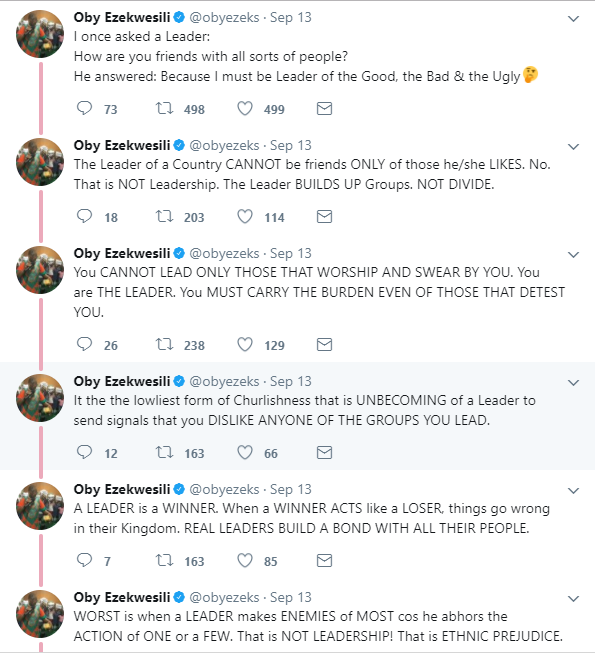 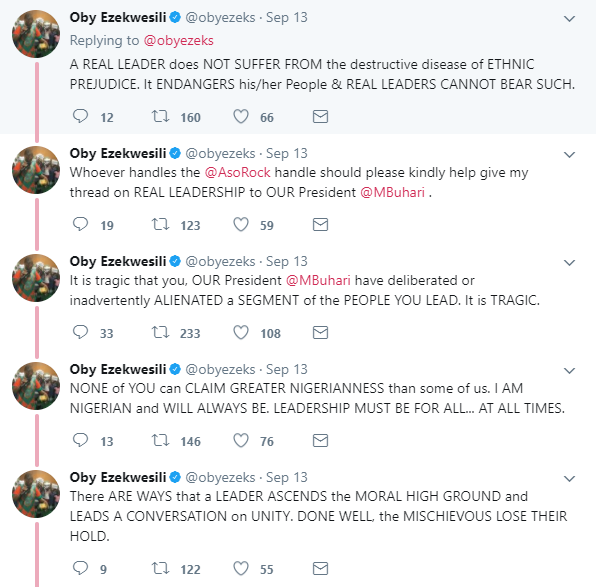 The presidency has advised the Co-convener of the #BringBackOurGirls Group, Mrs. Oby Ezekwesili, to demonstrate a great sense of responsibility in the face of national security challenges posed by the IPOB incendiary propaganda designed to cause civil unrest in the country.

The Senior Special Assistant to the President on Media and Publicity, Malam Garba Shehu, said “a prominent influencer like Dr. Oby has a moral and patriotic duty not to give ammunition to any violent group that seems determined to pursue its separatist agitation through reckless and destructive methods.”

He explained that, “while it is convenient for the civil society activist to condemn the military and the government of President Buhari, Mrs Ekekwesili didn’t find it appropriate, even once, to criticise the dangerous and violent propaganda being propagated by the IPOB leader, Nnamdi Kanu. Oby, as they call her, tweets on everything. Why was she silent on this one?”

According to him, the attacks on soldiers and policemen by IPOB supporters “was most irresponsible, indefensible and reckless” and that nobody in her position “should elevate mobs to the status of rock stars for the sake of playing to the gallery.”

The presidential media aide said while the military are taking all precautions to observe the rules of engagement, “there is a deliberate sinister agenda by IPOB to provoke the soldiers into killing innocent people in retaliation so that Nnamdi Kanu would use the pictures of the victims for international propaganda by the accusing the government of ethnic cleansing against the Igbos with the sole purpose of gaining sympathy.”

“A president who has put the nation’s cash cows, the Central Bank and the Ministry of Petroleum in the hands of the Igbo; who has given four out of five states in the subregion senior cabinet posts in his administration, including Foreign Affairs; and Industry, Trade and Investment, and is constructing the Second Niger bridge after years of deceit and false starts cannot be called a hater of the Igbo.”

The statement warned that the politicization of the ongoing military exercise in the subregion, itself in line with similar exercises in the five other geopolitical regions is inimical to the military readiness of the armed forces and the much-desired improved civilian-military relations in the country.

Malam Garba Shehu also wondered why Mrs. Ezekwesili “retreated to the background or lost her voice while IPOB supporters were violently molesting, harassing, attacking and jeopardizing the lives of indigenes and non-indigenes.”

He challenged Mrs. Ezekwesili to explain to Nigerians where the constitution of Nigeria, and international human rights law support the killing and molestation of innocent people in the name of advocacy for self determination.

According to him, “her hypocritical and timid silence while Kanu’s IPOB supporters were engaged in lawlessness and recklessness in violation of his bail conditions is a burden on her credibility as a national crusader who should be courageous to condemn criminality. This art of using a raincoat while taking a bath is nothing short of self deceit.”

He reminded her that “if the Buhari administration could take tough action against the extremist religious groups in the northern parts of the country to preserve national security, it is ridiculous to accuse the President of sending soldiers to the Southeast because he hates the Igbos. The Federal Government under President Muhammadu Buhari respects all citizens and will ensure that they are safe and secure wherever they reside.”

Shehu advised her to rise above pettiness and sentiments, and to resist the temptation to play to the gallery, when the country’s national security is under threat, adding that “seeking to make political capital out of a chaotic situation is highly unbecoming of her and of the reputation she has worked hard to build over the years.” 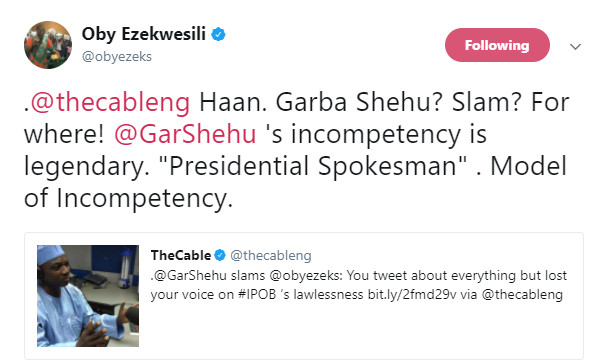 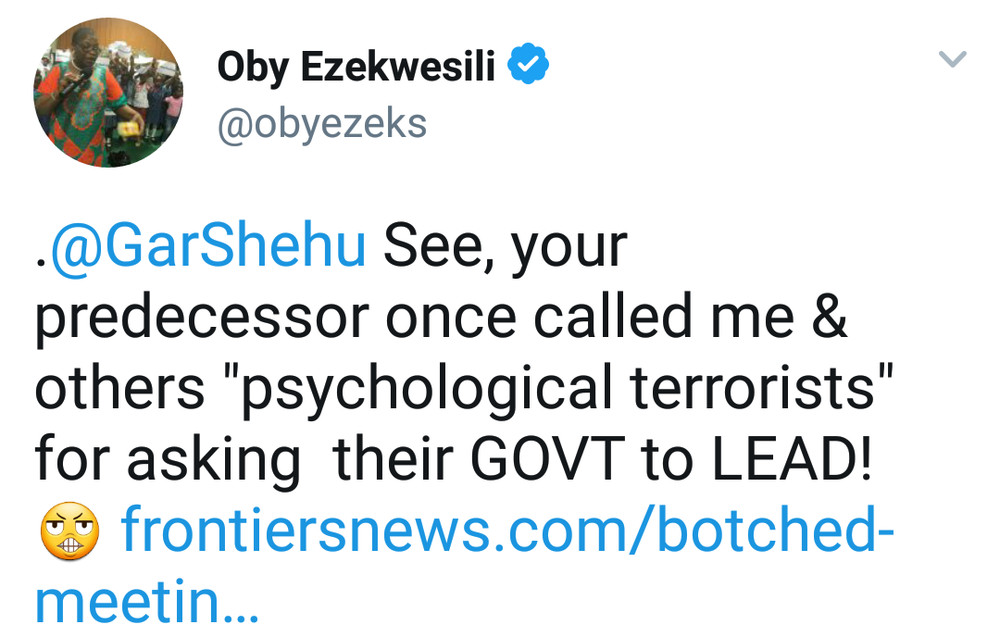