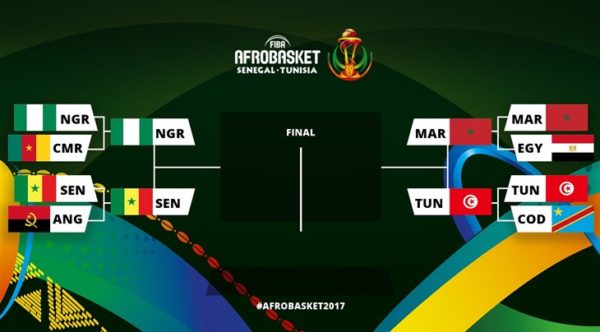 Mbamalu Bryant, Ike Diogu and Ikechukwu Nwamu were the players who made the difference for Nigeria after scoring 20 points or more to make sure Nigeria saw off Cameroon 106-91 in the Quarter-Finals of the 2017 FIBA Men’s Afrobasket Championship.

Although Cameroon forward Benoit Mbala returned home empty-handed, he made his name heard by setting a tournament-high 32 points.

Nwamu, who had one of the flashiest plays of the tournament so far, later admitted that they are “taking one game at a time, and be prepared for Friday’s Semi-Finals.”

In the other Quarter-final fixture, Senegal defeated Angola 66-57 and Tunisia were victorious against Morrocco

According to FIBA, Senegal will be up against defending champions D’Tigers in Friday’s fixture.