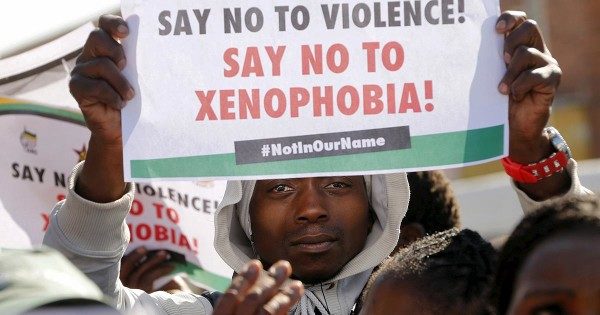 The Nigeria Union in South Africa has confirmed the killing of a member, Kingsley Ikeri, at Vryheid town in Kwazulu Natal Province on Aug. 30.

Ikeri, 27, was a businessman and native of Mbaitolu, Imo State.

Bartholomew Eziagulu, Chairman of the union in the province, said in Durban, on Friday, that Ikeri was allegedly tortured to death by the police.

He said the union’s investigations revealed that the police arrested the deceased and a friend on suspicion that they were carrying hard drugs.

He said while interrogating him, the police used plastic to cover his face to extort information from him.

“In the process, they suffocated the deceased. When the police took him to the hospital, he was confirmed dead,” he said.

Adetola Olubajo, the Secretary General of the union, said the national secretariat has been informed about the death of the Nigerian.

He said the body has informed the appropriate Nigerian authorities and the police in South Africa.

A senior diplomat from the Nigerian Consulate in Johannesburg visited Vryheid on a fact-finding mission.

A total 116 Nigerians have been killed in South Africa through extrajudicial means in the last two years, according to the Senior Special Assistant to the President on Foreign Affairs and Diaspora, Abike Dabiri-Erewa.

Seven in 10 of the killings were carried out by the South African Police.

The presidential aide disclosed this sometime in February when she met with the South African High Commissioner to Nigeria, Lulu Louis Mnguni in Abuja.