Which Comedy Channel is Currently Trending on YouTube Nigeria? Let's Catch You Up 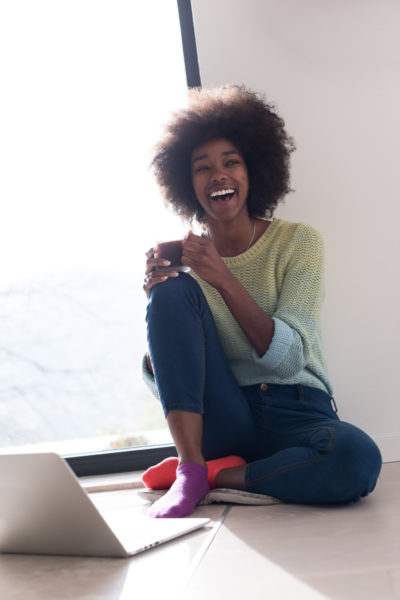 Being an Instagram comedian in Nigeria is big business. Aside from the followers and fame that comes with it, there are the endorsement deals, the radio, TV and movie gigs. You have taken time to identify and learn about these Nigerian comedians on Instagram. You probably even follow a few, but most of all, you want to become one. You want thousands, maybe even millions of Nigerians all over the world anticipating your posts, wanting to be first to like, share or comment on your next skit.
You want to be so popular and prominent that brands offer to pay you to promote their products within your feed or be their brand ambassadors. Celebrities from around the world repost your skits and hail you. You also get invitations to top-notch events in the country. Imagine getting an endorsement deal with Aliko Dangote, having Don Jazzy asking to feature in one of your skits or being invited to perform at Rhythm
Unplugged.

You want to make a living as a professional Instagram comedian. But the problem is that you had no idea how to turn this dream into reality. Fortunately, Instagram comedy is simply about finding humor in the mundane. Many who have succeeded in the sector have only had to follow a couple of steps allowed the lord do the rest.

Here’s everything you need to know to become a bonafide Instagram comedian in Nigeria.

Get a smartphone
This is a no-brainer. Without a smartphone, how do you intend to achieve your goals? Instagram is largely a mobile app.

You do not have to get an iPhone at the start, but try and get something with a great camera and enough memory space to store several video and apps that you will need for editing and sharing. You are looking to share great quality videos or pictures. Believe it or not, no amount of filtering that can make up for great initial quality. Something in the Samsung Galaxy S series would do, or one of these new Tekno and Gionee releases that feature a great camera.

Buy a wig or head tie
From Twyse Ereme to Oluwakaponeski a.k.a Mama Tobi, almost every Nigerian Instagram comedian who has made it in recent past have done a skit or two wearing wigs or tying a headgear and taken on the persona of a female.

Apparently, that sort of thing holds a strong appeal for the Nigerian audience. Ensure the wig or head tie is flashy or style in such a way that it easily gets the viewer laughing even before you open your mouth.

Involve your friends or sidekicks
The funniest of skits usually feature the comedian’s sidekicks or friends reacting to this comedy or even creating the comedy by him. Craze clown is one comedian who has utilized his sidekicks Tega and MushinBoi quite well. Emma Oh my God was able to pull off the Aye parody with the help of his sidekicks.

It would even be so much better if these side kicks are men dressing up as women. It’s interesting how cross-dressing is a tool of comedy in Nigeria.

Change your voice or take on a local accent
To a large extent, Falz’ popularity is hinged on his comedy: the struggling Yoruba accent. It is hard to keep a straight face when listening to him put on the accent. Some other comedians including Chigurl, Klintoncod became huge for the adopted acents/voices. You too can pull it off.

Change the lyrics of a hit song or classic song
There was EmmaOhmyGod with Davido’s Aye and so many others up-and-coming. You too can make it! Look for a hit song or song by a very controversial or popular singer…someone whose popularity is enough to push your own hustle. A song on MTV’s trending list usually would do the trick. Do a parody of it. Change the lyrics to either tell a different story or to reflect the reality of Nigerians. It could also be an age-old song or a classic like “One love keep us together” by Onyeka Onwenu. The key is to carry on as the spirit leads, and hope it gets viral.

Come up with a signature facial expression, catch phrase or hashtag
@iamkanmi is known for his “you haff joined bad gang” catch phrase; Frank Donga is his classic “clueless” facial expression and #idontlikewhatihate by Williams Uche Mbah (@wezzyc88), the Nollywood actor turned comedian who now the newest Instagram comedy sensation. Put on your thinking cap and figure out which you can pull off, then go ahead and include it in your skits.

To get a head start you can beg other comedians in their DM to help you repost your videos or make memes about your signature look or behavior.

Have basic editing skills and don’t forget to include the “Ayele oh” sound track in the end
Ensure you have at least basic editing skills so that you can at least include watermarks and texts on your skits. You want to include clips of people laughing, and of course the “Ayele Oh” soundtrack at the end of the skit to encourage yourself and get people on the path to thinking that you are funny (even if you really aren’t.) You can actually fake it till you make it.

Be unintentionally funny
Now, this may be really hard to pull off. The two who have been able to pull this off completely is Nigeria’s male Barbie, Bobrisky and the energy god himself, Speed Darlington. You may want to privately ask them how they did it, but chances are have they pulled it off by failing woefully at ‘pretending’ to be who they are not and really terrible at what they do, consecutively. The point is, they have the Instagram fame, and you too can.

Make skits about a famous person
This is perhaps the easiest. You just need to tie your destiny to that of a huge celebrity. Comedian Ebiye did it with Linda Ikeji. Pick and mimic or make the caricature of a celebrity who is controversial; or look for the most popular celebrity, imitate their mannerism or re-act something that happened to them in a hilarious way then post it and tag them.

If you can pull off at least 2 or 3 of the things listed about, then you are on your way to becoming the next big thing in Nigerian comedy…well…on Instagram at least. Can you think of anything else to include on the list?

#SayNoToDrugs: Don Jazzy & The Mavin Crew have a message for you this morning | WATCH

Your Better Self with Akanna: Declaring Your Own Independence