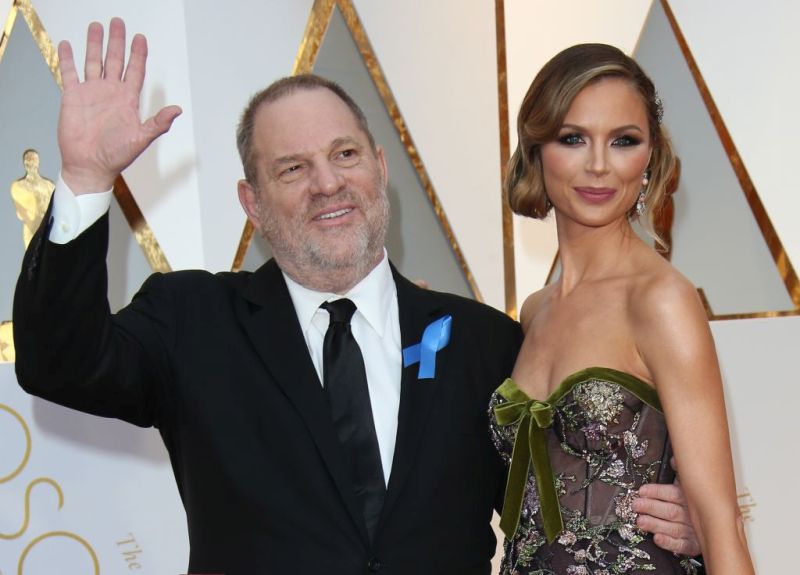 Speaking to People Magazine, Chapman, 41, who married Weinstein in 2007 and has 2 children with him, said:

My heart breaks for all the women who have suffered tremendous pain because of these unforgivable actions.

I have chosen to leave my husband. Caring for my young children is my first priority and I ask the media for privacy at this time.

Her exit from their marriage is on the wake of a New Yorker story alleging 3 cases of rape against the producer, separate from the sexual harassment claims made by some women in a New York Times investigation.

Weinstein had earlier said him and Chapman had spoken “at length” adding that she will be standing by him through it.

She stands 100 percent behind me. Georgina and I have talked about this at length

Angelina Jolie and Gwyneth Paltrow had also come forward on Tuesday to say they too were harassed by Weinstein earlier in their careers.

University of Southern California has also decided not to accept a $5 million endowment from the producer.

According to Buzzfeed, the endowment was intended to fund a scholarship for women directors in the university’s school for cinematic arts.

Weinstein had, in his statement the New York Times apologising for his conduct, mentioned the endowment, writing:

One year ago, I began organizing a $5 million foundation to give scholarships to women directors at USC. While this might seem coincidental it has been in the works for a year.

Some Traffic Rules for Life’s Journey