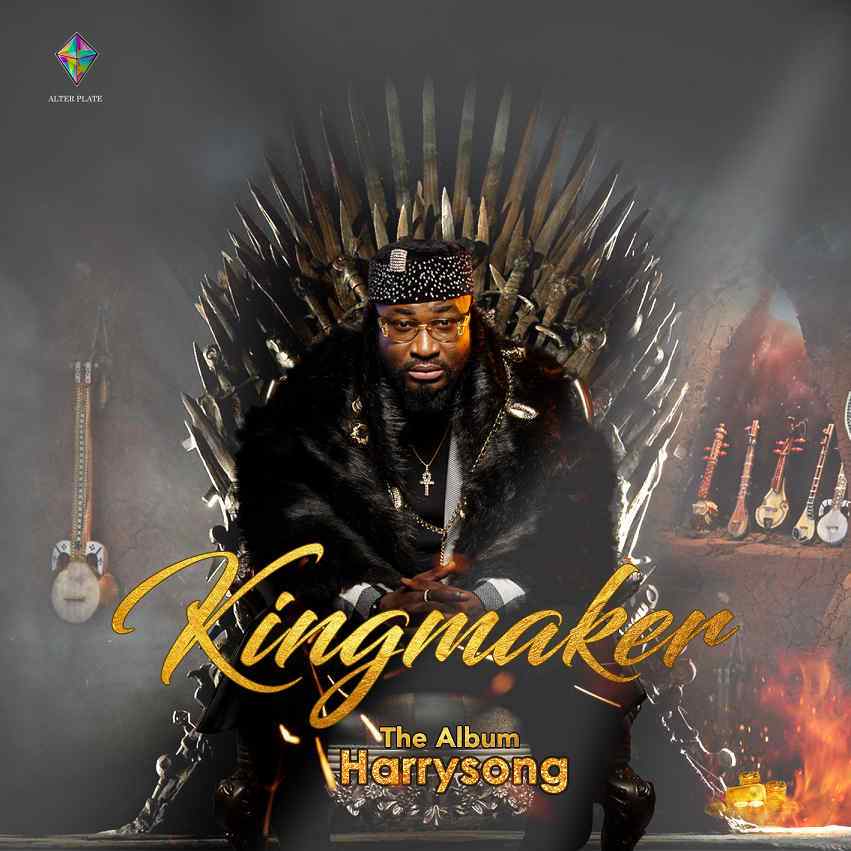 AlterPlate frontline act Harrysong has revealed the official album art for his upcoming ‘Kingmaker‘ album as well as the tracklist.

Harrysong has asked fans to expect an eclectic album following the release of the recent video for ‘Under The Duvet,’ shot by Clarence Peters. Producers who contributed to the project are Pastor Sam, Twin Beattz, Dr Amir, DarlingBeatz, JazBlender and of course, Del B.

‘Kingmaker‘ will be available for purchase from the 31st of November 2017. 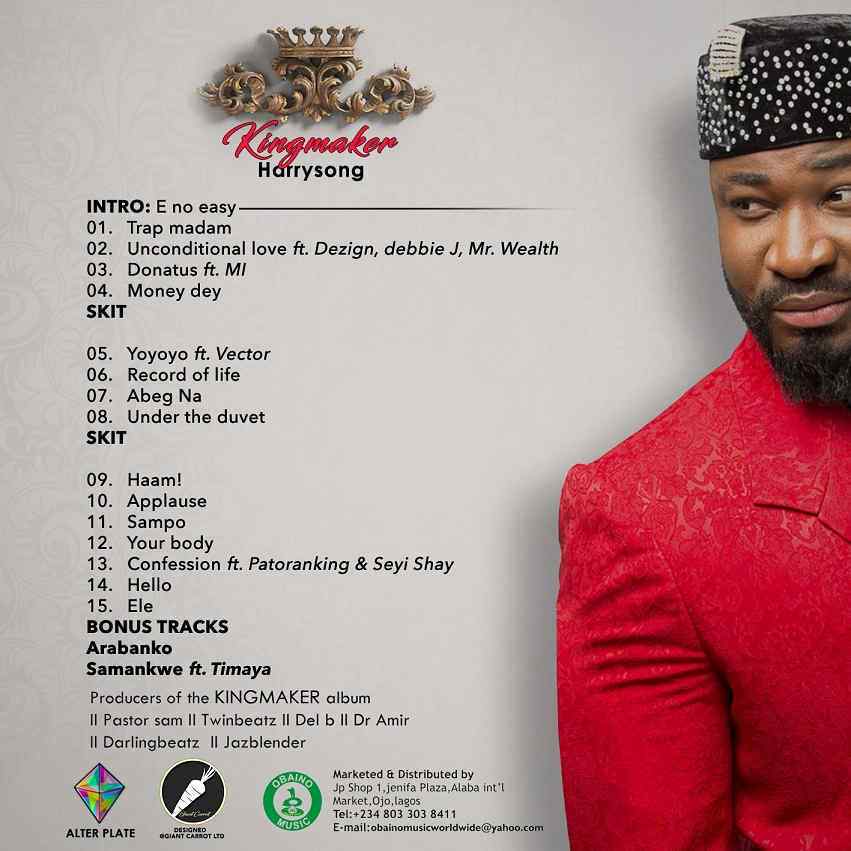