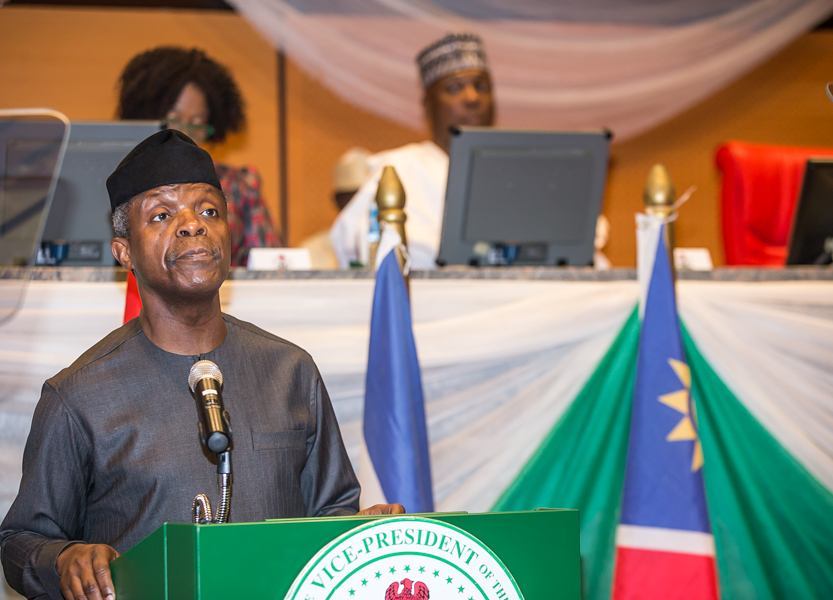 Laolu Akande, the Senior Special Assistant (Media and Publicity) to Vice President Yemi Osinbajo has announced that the latter, while acting as president, signed Joint Venture Financing Arrangements worth $1.78bn (about N640bn) on two occasions in July.

Akande made this known in a series of tweets. 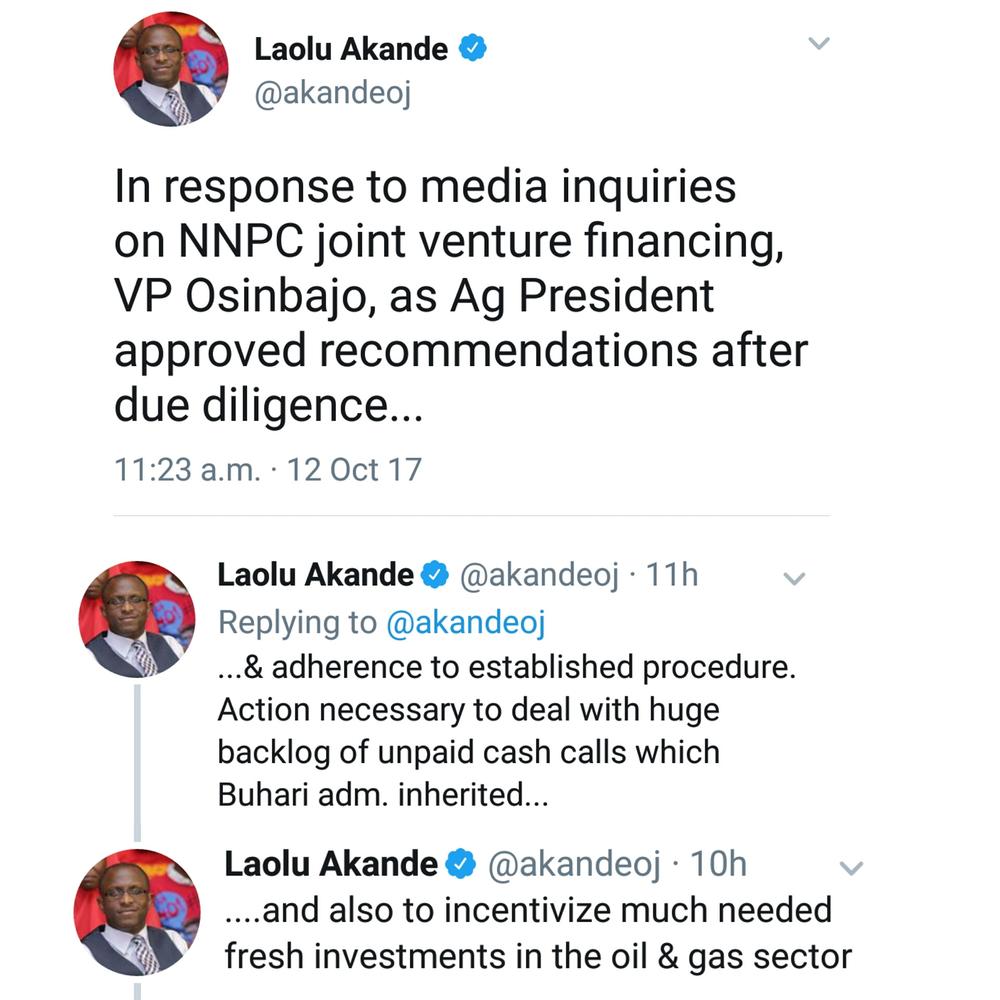 There had been controversy after NNPC GMD Maikanti Baru‘s response to Minister of State for Petroleum Resources Ibe Kachikwu‘s memo to President Buhari where Baru said he got presidential approval.

However, Kachikwu had said that Osinbajo, had at around the time referred Baru to the NNPC Board (which Kachikwu heads) after Baru approached him.

Kachikwu said Osinbajo directed him to the board so that the necessary consultations be carried out.

This created insinuations that Osinbajo may not have signed the financing arrangements, fuelling rumours that Buhari had signed them during sick leave.

The VP’s office has come out to debunk the rumours. See below:

OFFICE OF THE VICE PRESIDENT

What ‘Ag. President’ approved for NNPC were not Contracts

Our attention has been drawn to some misleading reports suggesting that the Vice President approved certain procurement contracts for the Nigerian National Petroleum Corporation (NNPC). This is totally false, as the approvals referred to were actually for financing arrangements in replacement of the traditional Joint Venture Cash Call obligations.

In the statement of NNPC recently released in response to allegations made by the Minister of State for Petroleum Resources, reference was made to various financing arrangements with NNPC’s Joint Venture Partners, which were approved by the Presidency under the current administration.

There were three such loan financing arrangements made for:

The NNPC Act, Cap. N. 123, Laws of the Federation, (updated to 2010), authorises the Corporation to borrow such sums as it may require in the exercise of its functions.

Sub section (2) goes further to specify the only precondition:

“The Corporation shall not, without the approval of the President, borrow any sum of money whereby the amount in aggregate outstanding on any loan or loans at any time exceeds such amounts as is for the time being specified by the President.”

“Where any sum required aforesaid –

is to be in currency other than Naira; andis to be borrowed by the Corporation otherwise than temporarily, the Corporation shall not borrow the sumwithout the prior approval of the President.

These financings are purely commercial loans obtained by NNPC and its Joint Venture partners, mainly from local and foreign banks, to perform their exploration and production activities. Repayments are also made out of revenues from the crude oil produced directly by the funded project.  Unfortunately, they are being confused with contracts for goods and services.

The alternative financing arrangements became necessary as inability of Government to meet its cash call obligations had stalled further investments in the petroleum sector and reduced the country’s production capacity.

Senior Special Assistant to the President on Media & Publicity

Office of the Vice President

This post has been updated to include additional information from the VP’s Office.