Ake Festival Panel on The Stories Women are Telling

The impact of the Ake Arts and Book Festival is not fully felt until the final day. On Saturday, November 18th, the last day of this year’s festival, attendees cheered, laughed and cried as writer Ama Ata Aidoo shared her views on gender and her journey as a writer while shedding tears as tributes were read to her from fellow writers.

The 5th edition of this indigenous literary festival took up as a theme, The F-Word. What creative women from Africa have achieved was celebrated in the form of art exhibitions, panel discussions, book chats, an evening of spoken word, and a musical concert.

New book titles were launched and award-winning/nominated books celebrated. Writers Nnedi Okorafor (Who Fears Death) and Ayobami Adebayo (Stay With Me) received multiple standing ovations when their novels were introduced. Hadiza El- Rufai’s An Abundance of Scorpions and Dami Ajayi’s A Woman’s Body is a Country, were among the new titles launched by Ouida Books. 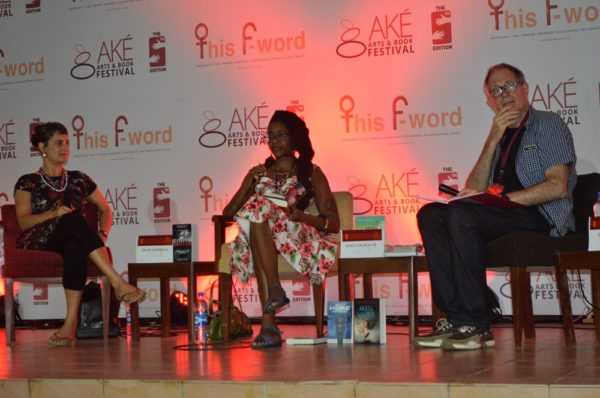 One of the most stimulating panel discussions this year featured Egyptian writer, Mona Elthaway. On the festival’s opening day, she was presented an award for her contribution to women by the Managing Director of Vlisco, Yvonne Chioke. “In 2017, I am at a place where anything that is used to oppress women, whether from man or said to be from God, must be removed” –  One of the quotes from her panel session on Women and Spirituality.

Here are some other quotes about the writing process and feminism shared by the Festival guests.

“I’m not a planner, I’m an arriver. When I arrive, that’s when it’s done”. – Olumide Popoola, author of When We Speak of Nothing

“When I read The Colour Purple, it opened my mind up to knowing the kind of writer I wanted to be.”- Mohale Mashigo, author of The Yearning

The spotlight was also shone on the various forms of storytelling women utilize. Mara Menzie’s performance of The Illusion of Truth resonated with the largely Nigerian audience, especially when she acknowledged the superiority of Nigerian Jollof Rice. Maimouna Jallow also delivered a spell-binding performance as she showcased the characters from The Secret Lives of Baba Segi’s Wives in ways we had never seen them before.

Ake Festival attendees will long remember this year’s edition for the diversity of voices contributed by guests and visitors. They represented countries such as South Africa, Kenya, Eritrea, Cameroon, Ghana, and Brazil. Creative works done by women from the Northern part of Nigeria encompassing the visual arts, film, and poetry was also featured.

Literary festivals such as Ake give us the rare opportunity of celebrating and renewing creativity of our own. Ama Ata Aidoo puts it best in her closing words after receiving heartfelt tributes from some of the attendees during the Festival’s final evening, “I hope you will extend the love and appreciation you have showed to me to my sister writers – living and past”. 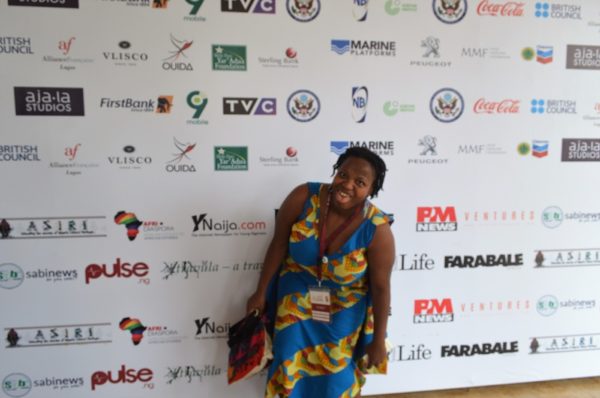 Asamta of the Book Banque

Samira Sanusi reads from I Wrote This For You 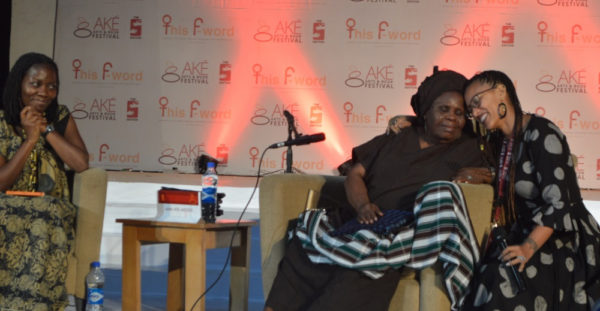 Ismael Beah, author of A Long Way Gone and Radiance of Tomorrow 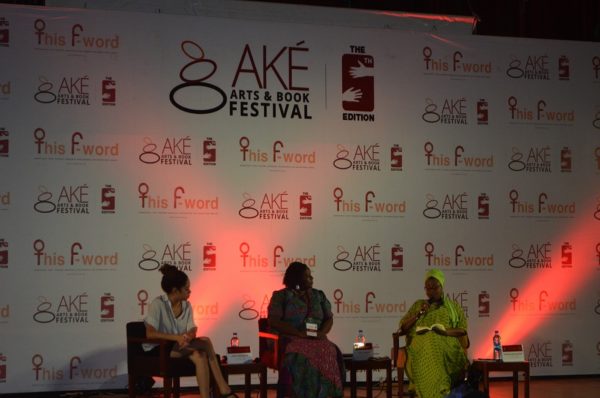 Ake Festival Round Table Conversation on Lagos to Limbe 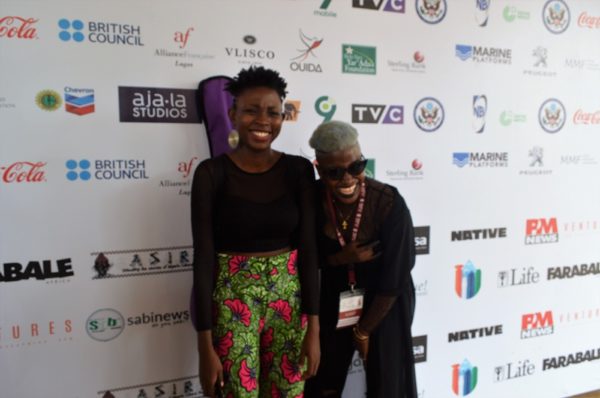