Zimbabwe: Mnangagwa promises to grow Economy as he addresses Crowd 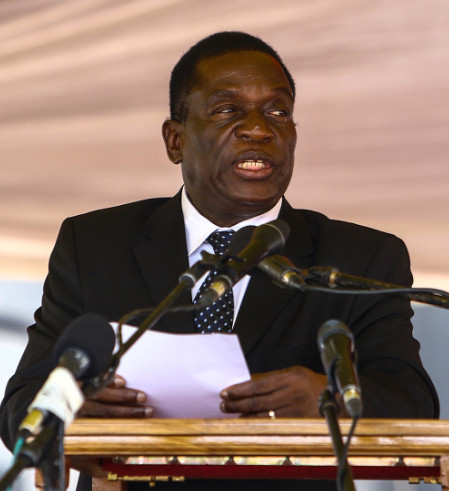 Former Zimbabwe vice president Emmerson Mnangagwa, addressing a crowd after his return to the country, promised to grow the economy, BBC reports.

Mnangagwa who fled to South Africa after he was fired by Robert Mugabe is expected to be sworn in on Friday following Mugabe’s resignation on Tuesday.

“We want to grow our economy, we want peace, we want jobs, jobs, jobs,” he said to a cheering crowd in Harare.

He gave the speech at the Zanu-PF headquarters, making his way directly there from the military base he arrived at from Johannesburg.

“The people have spoken. The voice of the people is the voice of God. Today we are witnessing the beginning of a new and unfolding democracy,” he told the crowd wearing shirts with the slogan “A New Era.”

He added that he has been in the receiving end of several assassination attempts, and thanked the military for the process of removing Mugabe peacefully.