The Adoption Series with Abimbola Adeluwoye: Understanding the Steps to Adoption 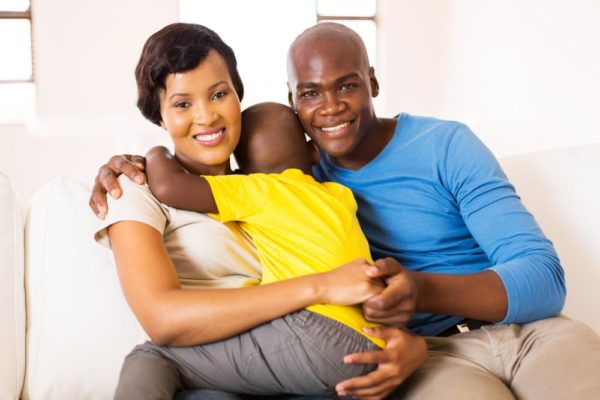 Last week, we listed the steps necessary to adopt a child in Nigeria. {Click here, if you missed it} This week, as promised, we will be explaining the steps and list the documents needed, as promised.

As to documents, the basic requirements are as follows:

These documents would be reviewed along with the Letter of Request, after which the prospective parents would be invited for an interview with the Director Social Welfare or his Representative at the Ministry on an approved date. Considering that up to 70 per cent of communication is nonverbal, a lot of things would be open to interpretation, including the mannerisms of both spouses, how engaging both spouses are with each other and with the interviewer.

Here, it would be difficult to hide if one or both spouses are reluctant or opposed to the adoption; or trying adoption while still keeping other options open. Which is why as discussed last week, the law mandates that the consent of each spouse must be first had and obtained before commencing the adoption process.

If the latter is the case, it would be better to seek advice informally from knowledgeable people rather than a request to adopt.

If the adopters scale through this stage, they would be required to pay a prescribed fee, completion of forms and a list of requirements. Thereafter a letter of approval to search at government registered orphanage homes or motherless babies’ homes for a child of their choice.

Please note that there are there are three categories of children in the Motherless Babies homes.

A father or a concerned relative would bring a baby here to be taken care of where it is certain that the mother of the child though alive, has abdicated from her responsibilities. The father/ relative is required to provide funds for the child’s upkeep as well as conduct regular visits to the child. He must however retrieve the child on or before he is three (3) years old failing which he would be placed in a Juvenile Welfare Centre, along with other children who have not been claimed by that age at the home.

The second category is Children Needing Care and Protection. These include children who have been orphaned by sudden loss of both parents, without any relative willing to take them in, or toddlers found wandering without any identifiable adult to claim them. These homes are responsible for instituting some televised public service announcement we see informing the public that a missing child had been found.

The third category of children are the Abandoned Children. They are left at birth by someone, usually the birth mother, within the vicinity of such Homes. The Home is mandated by law to first take such babies to the nearest police station and a Juvenile Welfare Centre where a record would be taken of the incident and a file opened for the baby.

Section 3(3)(a) of the Adoption Law of Lagos State provides that “an abandoned child  shall not be taken into custody by anyone without reference to the police and the social  development department charged with the responsibility of the treatment of such children as the social officer  has the duty to arrange  for formal adoption or placement  of any abandoned child in the state”.

This last category are the children who are typically put up for adoption. This is because the other categories of children will prove too volatile to consider for adoption because any relative may show up at a future date to claim such a child. Imagine the emotional upheaval a family has to give him up. It would be too much to bear for most.

In understanding this, there was one thing I failed to mention last week on Consent.

Apart from the importance of seeking consent from a spouse, there is also the consent of other persons under Section 4 of the law from other persons “who may have rights and obligations in respect of the juvenile” these category of people includes existing relatives, the police and the juvenile welfare centre earlier mentioned.

This is particularly important because of customary intestate laws which are very important when considering adoption by any state. This is because if the biological parents of a child dies, the next of kin of the birth parents as recognized by the law, are the juvenile’s grandparents. Next in line are the siblings of the birth parents. Therefore where a child has been identified and where such relatives are living, the court may refuse to go ahead with the adoption (“Discharge of Care Order”) until such consent has been had and obtained.

I personally believe that since adoption involves a termination and transfer of the rights of the biological parents to the adopters, the child also logically cease to inherit any properties from his biological parents. This could be an interesting research question.

This is by no way an endorsement or recommendation of these homes. Proper advice should be sought from the coordinating Ministry.

Every other step then follows: the screening of the adopters, inspection of their homes, a visit by the social worker to the work place, relatives, friends, and neighbors to ascertain the adopter’s suitability as would be parents.

Once they are found to be so, it is followed by Mandatory Pre-Counselling session, Panel Session and Post-Counselling Sessions.  These is preparatory towards the minimum three months requirement by law, during which the child is to live with the adopters before legalization of the process is pronounced by the Family Court.

This is also a fulfilment of the legal requirement that temporary custody must have been established before adoption can be considered final.

A court appoints a guardian ad litem (Latin for a court appointed guardian to look after the best interest of a child)to represent the child throughout this process. This is usually the social welfare officer in charge of the area where the juvenile resides or a probation officer or some such other person the court deems fit.

To Fill Up a Stadium or Accommodate Fans? A Review of Olamide’s #OLIC4

Money Matters with Nimi: How Can You Make a Difference this Christmas?