We Love to See It! Tolani Baj & Vee Were Spotted Partying Together

Thank You BellaNaijarians for Riding With Us, Join Us As We Celebrate 2021 Together🥂

Nigerian Celebrities Who Welcomed Their Babies In 2021

Leke Adeboye, son of the General Overseer of the Redeemed Christian Church of God (RCCG), has on his Instagram thanked Daddy Freeze.

He shared a photo telling how there’s been an increase in people paying their tithes, viewing RCCG events, and people reaching out to him through emails.

He shared the photo with the caption: Thank you my brother. @DaddyFRZ.

See the photo below: 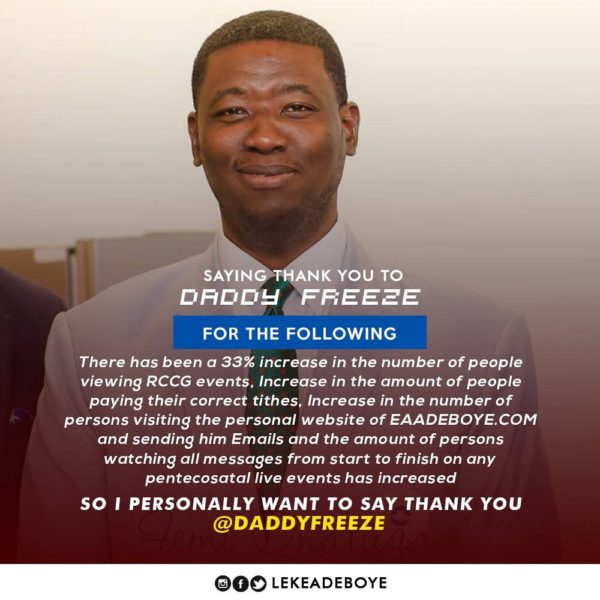