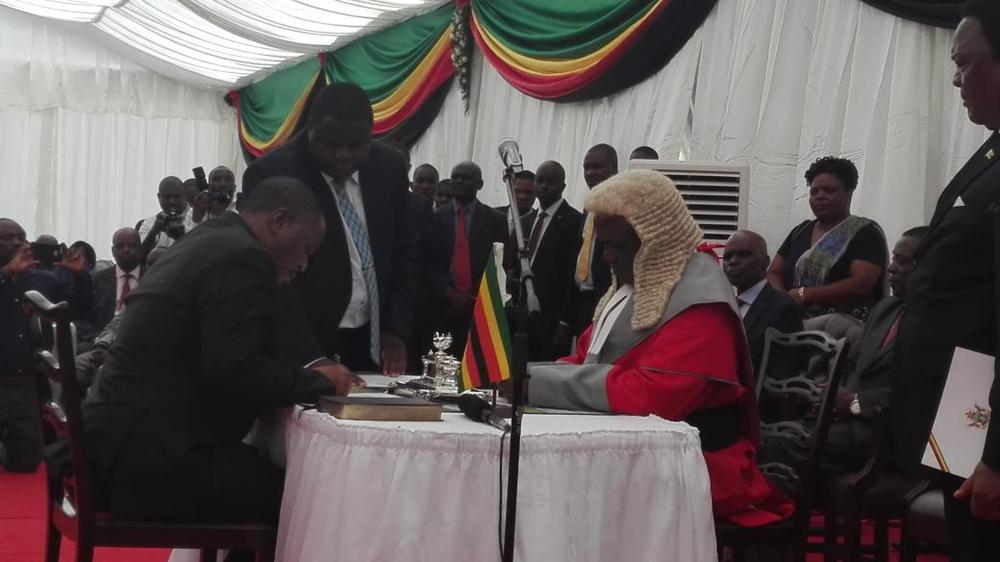 General Constantino Chiwenga, the Zimbabwean Army Chief who led the military takeover that saw the end of Robert Mugabe‘s 37-year rule, has been sworn in as one of 2 Vice Presidents, News24 reports.

Chiwenga, who retired from the military just last week, taking the oath of office, promised to be “faithful” and to “obey, uphold and defend the constitution.”

“I will discharge my duties with all my strength and to the best of my knowledge and ability,” he said.

Kembo Mohadi, a long serving minister, was installed as the second Vice President, the two to serve under former Vice President Emmerson Mnangagwa.

My client is not on the run – Maina’s Lawyer