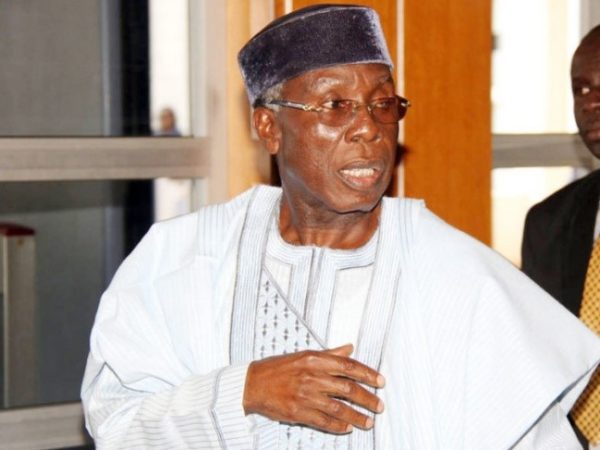 The Minister of Agriculture and Rural Development Audu Ogbeh has revealed that the Federal Government will be providing at least 5000 hectares of land for herdsmen in the country, Daily Trust reports.

Ogbeh, speaking during a meeting on the Fulani Herdsmen crises, complained that the Federal Government has not done much for the herdsmen in the country.

He complained that this neglect by the government may be the reason for the crises, including the killings around the country. He said:

Over the years, we have not done much to look seriously into the issue of livestock development in the country.

I am sad to tell you that in the last 50 years until recently, we may have done enough for the rice farmer, the cassava farmer, the maize farmer, the cocoa farmer, but we have not done much for herdsman and that inability and omission on our part is resulting in the crises we are witnessing today.

In Europe, every cow that is farmed gets a subsidy of 6 Euros per day, we have done next to nothing for the cattle rearers and as a result, their operations have become threats to other farmers.

He revealed that to curb the killings, the Federal Government will be providing “cattle colonies” for herdsmen in the country.

The colonies will consist of at least 5000 hectares of land on which livestock can be freely reared, with water and pasture made available. He said:

“We also want to stop cattle rearers from roaming about. The cattle will be provided with water and adequate security by the Agro Ranger