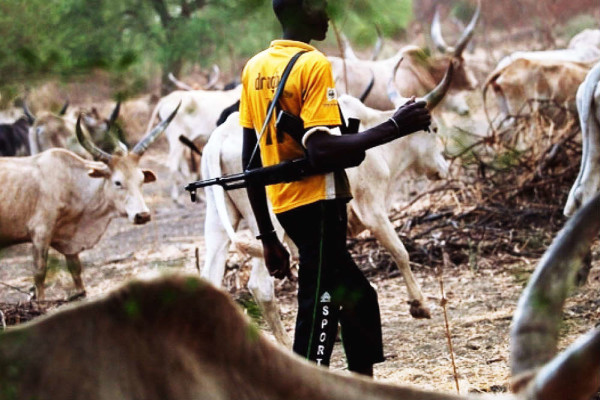 Governor Samuel Ortom of Benue said herdsmen had killed over 20 persons between Monday and Tuesday in Guma and Logo local government areas of the state.

Ortom disclosed this while briefing journalists on Tuesday in Makurdi after the State Security Meeting.

He said that out of the number, nine were livestock guards who were to ensure the full implementation of the Anti-Open Grazing Law.

He said that the law was not targeted at any ethnic group and wondered why the herdsmen had taken it so personal to the point of unleashing terror on the people.

The governor also lamented the unwarranted wanton destruction of lives and property by the herdsmen.

He said that no matter the intimidation and killings by the herdsmen, the law would not be reversed or repealed.

He assured that the law must be implemented to the latter and anybody or group of persons that flouted it would be made to face the full wrath of the law.

Ortom called on the Federal Government to wade into the matter so as to avert further destruction of lives and property.

Gajir Tsoho of the Surgical Department, Benue State University Teaching Hospital, said over 30 injured victims of the herdsmen attack were brought to the hospital and were receiving treatment.

From Pretending to be a Man to access Tanzanian Mines to having over 70 Employees, here’s Pili Hussein’s Story