More twists and turns in the case between actress Dorcas Shola Fapson and Taxify driver, Udeh Henry Nnaemeka accused of assaulting and attempting to rape her, as the latter has now taken the actress to court on charges of false accusation.

In the lawsuit signed by his lawyer; Uchenna Obi of Chancellor Chambers, Dorcas was accused of maliciously branding him a “rapist” and “kidnapper” thereby causing damage to his person and reputation.

Furthermore, he demanded for N5Million from Dorcas Shola Fapson for damages to his person.

See the lawsuit below: 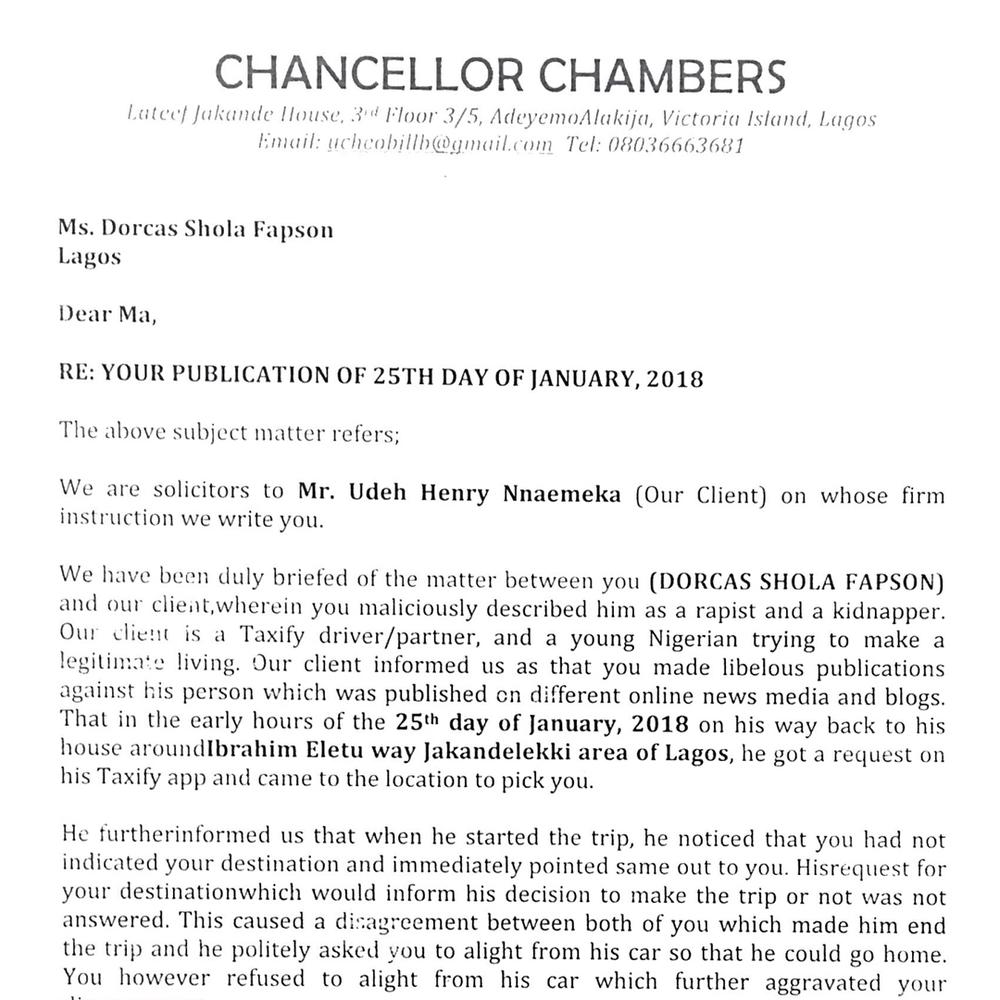 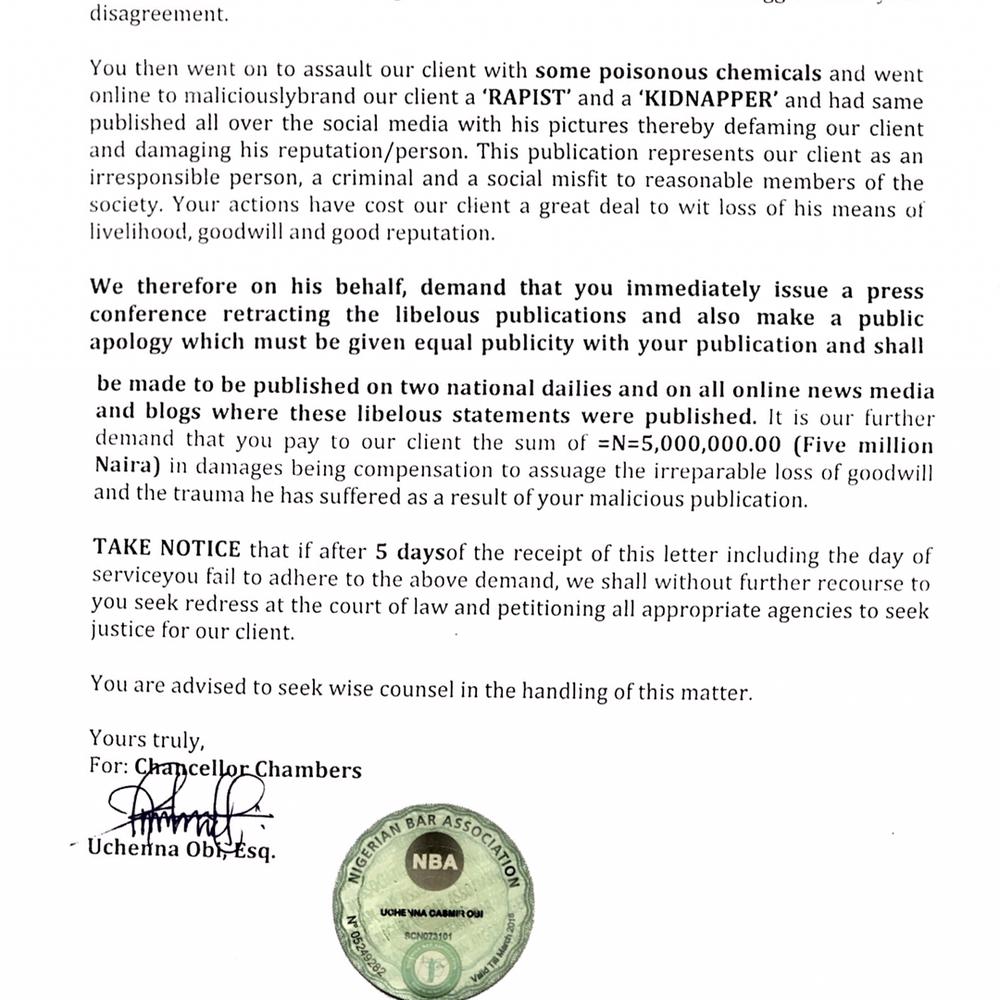