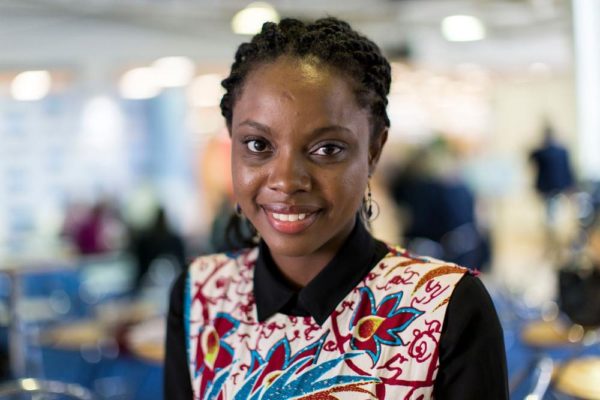 “Stay With Me,” the stunning debut novel by Ayobami Adebayo has made the longlist of British prize the Wellcome Book Prize.

The book, which made the shortlist for the Baileys Prize for Women’s Fiction and was a YNaija Notable Book of 2017, was described as “a heart-breaking tale.”

This Nigerian debut is the heart-breaking tale of what wanting a child can do to a person, a marriage and a family; a powerful and vivid story of what it means to love not wisely but too well.

Yejide is hoping for a miracle, for a child. It is all her husband wants, all her mother-in-law wants, and she has tried everything – arduous pilgrimages, medical consultations, appeals to God. But when her relatives insist upon a new wife, it is too much for Yejide to bear. It will lead to jealousy, betrayal and despair.

Unravelling against the social and political turbulence of 1980s Nigeria, ‘Stay With Me’ sings with the voices, colours, joys and fears of its surroundings. Ayọ̀bámi Adébáyọ̀ weaves a devastating story of the fragility of married love, the undoing of family, the wretchedness of grief, and the all-consuming bonds of motherhood. It is a tale about our desperate attempts to save ourselves and those we love from heartbreak.

Adebayo is the only African on the longlist of the prize worth £30,000.

Other books on the longlist, made up of fiction, memoir, and medical history are:

‘In Pursuit of Memory: The fight against Alzheimer’s’ by Joseph Jebelli

‘The White Book’ by Han Kang translated by Deborah Smith

‘With the End in Mind: Dying, death and wisdom in an age of denial’ by Kathryn Mannix

‘To Be a Machine: Adventures among cyborgs, utopians, hackers, and the futurists solving the modest problem of death’ by Mark O’Connell

‘I Am, I Am, I Am: Seventeen brushes with death’ by Maggie O’Farrell

‘Mayhem: A memoir’ by Sigrid Rausing

‘Behave: The biology of humans at our best and worst’ by Robert Sapolsky