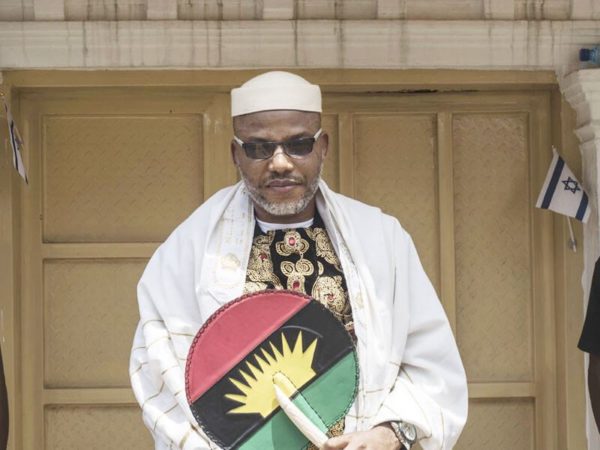 Nnamdi Kanu, leader of the Indigenous People of Biafra (IPOB), has been spotted in Ghana, The Cable reports.

Nnamdi Kanu was last seen in Nigeria just before the Nigerian Army raided his home in Abia State.

The whereabouts of the secessionist group’s leader has been debated for a while, with his lawyer asking that he be produced by the Nigerian Army.

Fine Boy, Kanu’s brother, had however earlier said only Kanu could reveal his own whereabouts, as he had no liberty to.

Kanu’s wife, Uchechi, had in an interview with BBC Igbo, also asked that the Nigerian Army release her husband.

Security reports have however, according to The Cable, revealed that Kanu is holed up in Ghana along with his wife.

The couple was spotted together, security reports said, and is regularly seen in Kenzo Bar and IBG saloon in Accra.

It was also reported that the IPOB leader currently lives in an area called Cantonment in Accra, in an estate called Arabella.