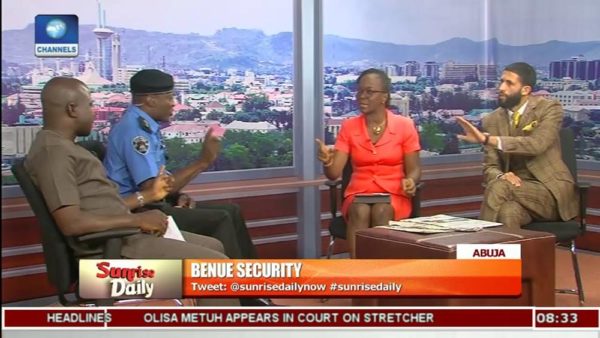 Moshood made the comment while speaking on Channels TV’s Sunrise Daily.

His comment was in reference to Ortom’s call for the resignation of the Inspector General of Police, Ibrahim Idris, over the killings perpetrated by Fulani Herdsmen.

Moshood said Ortom should be the one to resign, as he has been unable to keep the peace in his state.

“And that is why we felt you don’t join issues with a drowning man,” Moshood added.

Watch his speak below:

Guinness Nigeria rounds up ‘Be A Front Row Fan’ National Consumer Promo with Over 590,000 Winners