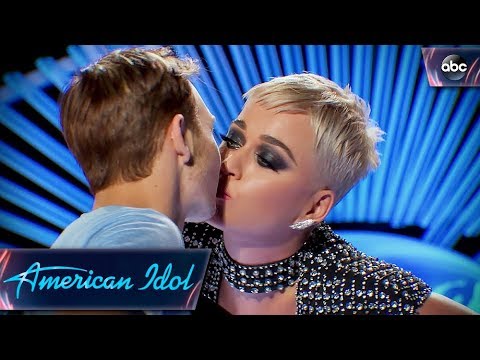 American Idol judge Katy Perry is coming under some intense fire on social media after kissing a contestant.

19-year-old cashier Benjamin Glaze had told the judges he had never kissed a girl, as he has never been in a relationship and can’t kiss a girl without being in one.

Katy Perry had told him: “Come here. Come here right now,” and an obviously flustered Glaze walked toward her.

She had stuck her cheek at him and he asked: “One on the cheek?”

He had kissed her on the cheek and she requested for another, and she quickly snuck her lips in when he obliged her.

Glaze had told the New York Times he was a “tad uncomfortable” by the kiss. He said:

I wanted to save it for my first relationship. I wanted it to be special.

Would I have done it if she said, ‘Would you kiss me?’ No, I would have said no.

I know a lot of guys would be like, ‘Heck yeah!’ But for me, I was raised in a conservative family and I was uncomfortable immediately. I wanted my first kiss to be special.

Glaze had however quickly clarified on his Instagram, writing that he did not feel assaulted by the kiss. He wrote:

Hi everyone, I would like to clear a few things up for anyone who is confused, concerned, or angry.

I am not complaining about the kiss from Katy Perry at all, doing a few news reports and being interviewed by many different reporters has caused some major questions. The way certain articles are worded is not done by me, and my true intentions are not accurately represented in every article you read about the situation.

I am not complaining about the kiss, I am very honored and thankful to have been apart of American Idol. The main purpose for the show is to find stars and new music artist. I do wish I would have performed better in the moment. I should have picked another song to sing and calmed myself down regardless of the kiss. I should have been able to perform under pressure.

I do not think I was sexually harassed by Katy Perry and I am thankful for the judges comments and critiques. I was uncomfortable in a sense of how I have never been kissed before and was not expecting it. My main goal is to reach people through the universal love of music and not cause strife or anger against anyone or about any situation!

Please take into consideration that I don’t believe my views have been appropriately communicated through the media!

Thank you to everyone who has followed me in this journey and I hope I answered a few questions.

Still, the internet is going hard on Perry. See comments from Twitter below: 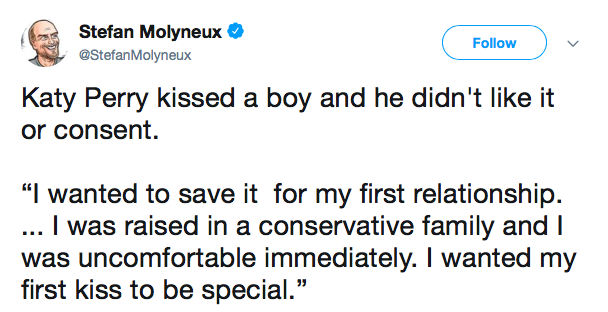 See a clip of the kiss below:

#BBNaija: “Our Season” was better than this current one – Soma | WATCH