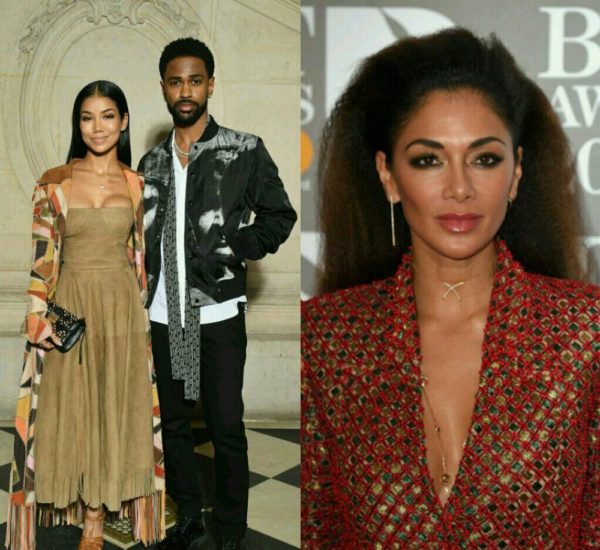 Rumours swirling say Jhene Aiko is pretty upset with her boyfriend rapper Big Sean after he was seen cozying up with former Pussycat Doll Nicole Scherzinger.

29-year-old Big Sean was reportedly seen at an Oscar Awards after-party with 39-year-old Scherzinger, and the two were too close for comfort.

A source who spoke to the Jasmine Brand said:

They both attended an Oscar Awards after-party together and were cozied up together sitting at a table in VIP.

They were all over each other and they looked really comfortable around each other. They looked like they were a couple.

Cameras were reportedly not allowed inside the party, but a friend of Jhene’s who saw them together is said to have relayed the events to her.

“She was pissed,” the source said. “She confronted him about it and he didn’t really deny it.”

Jhene, who was married to Dot da Genius, started dating Big Sean in 2016.