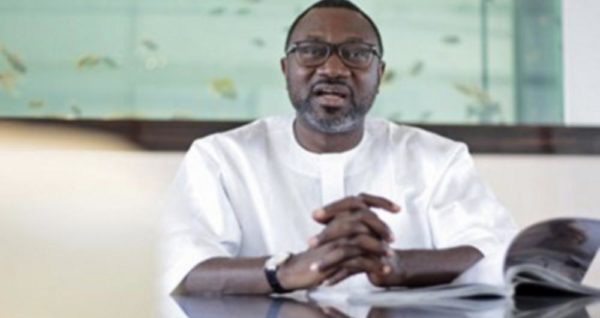 Billionaire businessman Femi Otedola yesterday predicted that Lagos will become the third largest economy in Africa by the end of Governor Akinwunmi Ambode’s tenure. He said given the governor’s stellar performance, the state would move up from its current fifth position.

Otedola canvassed support for Ambode’s second term so as to continue with the good work, which he said is a continuation of “the foundation laid by his good predecessors.” Otedola, who hails from Epe, is the son of the aborted third Republic Governor of the state, the late Chief Michael Otedola, who was in charge between 1992 and 1993.

In a statement, yesterday, entitled ‘Ambode has done overwhelmingly well’ Otedola, said: “as a Lagosian and omo ibile, I wish to expressly commend and appreciate the great good work our amiable Governor Ambode is doing in our dear Lagos – Nigeria’s no one State. I have watched and followed keenly, in the last three years of the brilliant transformation projects across the State. No doubt, Ambode is building on the foundations laid by his good predecessors. He is building roads and bridges, schools and hospitals, water treatment plants, sewage and storm water drainages, solid wastes management plants and mass transportation infrastructure.

“He has recently gotten approved the electric power infrastructure for Lagos, which when fully executed, will make Lagos State almost energy independent in Nigeria.  You are all aware of the newly-acquired mass transit buses that are going to be natural gas-powered in order for us in Lagos to be the first to comply with the global climate agenda of DE Carbonisations. Clean and Smart Lagos will take us into the modern global village and make us the number four economy in Africa.

“Our visionary governor is also spearheading the modernization of the Lagos State bureaucracy in order to get all the processes re-engineered for higher and best performances. A good government is a reflection of an efficient and responsive bureaucracy. It is the catalytic driver for private sector growth. A bad and weak bureaucracy will produce nothing for the people. We are lucky to have an able governor like Ambode at the helm of our affairs.

“He is a knowledge-driven leader, hard-working, with a passion for our great state. My endorsement and recommendations for him to have a second term is performance based and not just the usual conventional charade of second term endorsement in Nigeria. I am sure that all my respected compatriots, friends and followers will agree with me that Governor Ambode should please continue with his good job till 2023.

“Ambode, please Carry Go, the 2019 election and continue with your passionate work for Lagos State transformation! Thank you for being a true servant leader and with your eyes on the ball, surely Lagos State will become number three economy in Africa.”