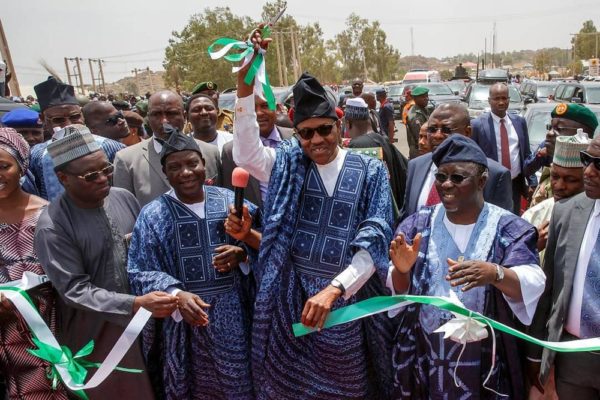 Minister of Youth and Sports, Solomon Dalung, has claimed that one of the projects commissioned by President Muhammadu Buhari was built by former president Goodluck Jonathan, The Cable reports.

The president had paid a 2-day working visit to Plateau State, where he commissioned some projects embarked on in the state.

In a statement released on Monday, Dalung blamed Plateau State governor Simon Lalong for the move.

Lalong misled the president to recommission a bridge built by Jonathan, Dalung said.

I honestly have respect for him (Lalong) because he is my leader. I have given him series of advice and will continue to do even though he has not taken any.

The governor should realise where we are coming from and save the state from further drifting into chaos. I have been quite supportive of the governor and his administration despite his repeated turning down of advice.

I am concerned about the state and do not have any political ambition.