It's Another Season of Woman of Steel! Stay Glued to Telemundo to Watch the Drama unfold 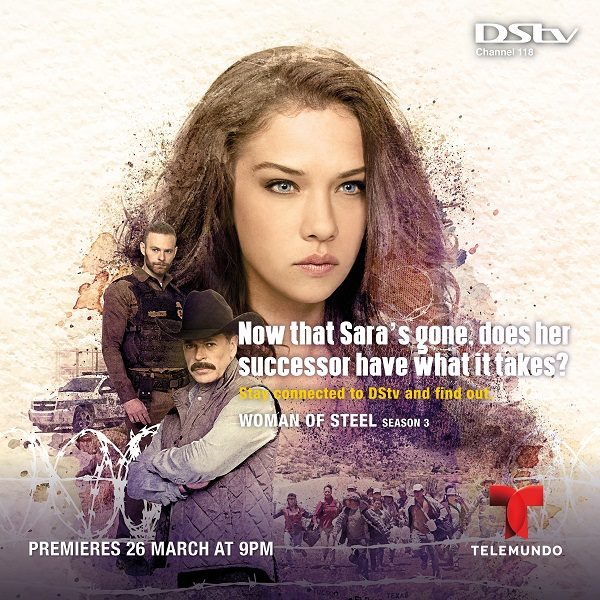 Your favourite show- Woman of Steel kicks off season 3 with Vicenta Rigores settling into the shoes of Sara as the new Senora Acero.

Season 3 follows Vicenta a trafficker on the Mexican-American border who helps immigrants cross the border. She happens to be the illegitimate daughter of drug trafficker Vicente Acero and half-sister to Salvador Acero and even though she is loved by immigrants, there are lots of people who want her dead.

Will Vicenta be able to replace Sara as Senora Acero?  Will she be able to outwit those who want her dead? Will she become our Woman of Steel?

Stay connected to DStv to watch the drama unfold as Woman of Steel Season 3 premiers on the 26th of March at 9:00 pm, exclusively on Telemundo (DStv Channel 118).

Fela and the Kalakuta Queens is Back! Thanks to MTN Foundation & Bolanle Austen-Peters Production