Vanessa Trump & Donald Trump Jr are getting a Divorce 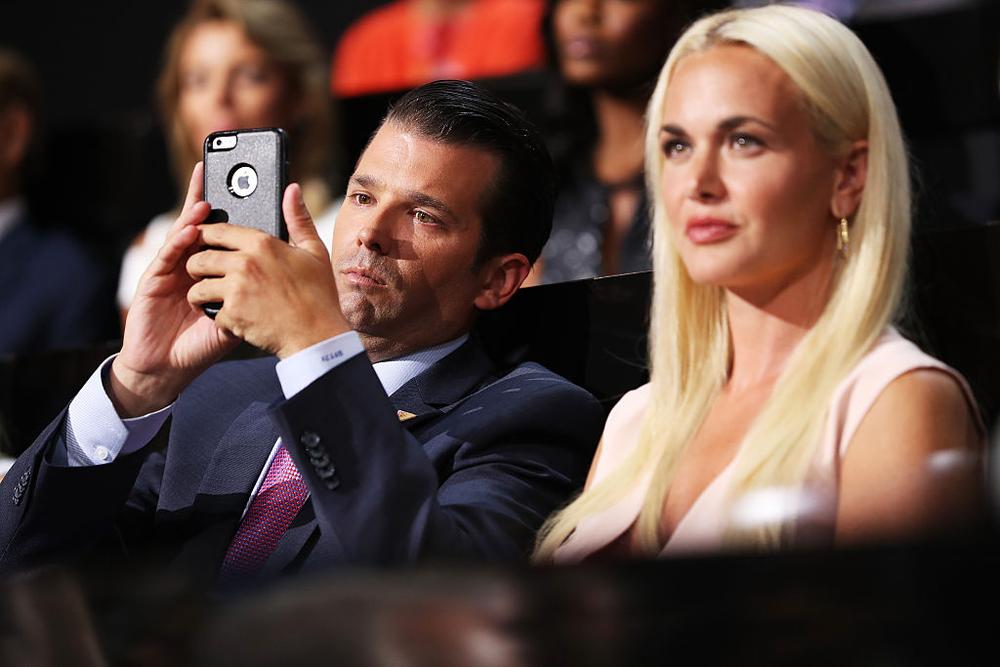 Vanessa Trump has filed for a divorce from her husband, son of U.S. president Donald Trump Jr., Page Six reports.

It had been reported on Thursday that the two could be getting a divorce, as sources claimed they were living separate lives.

Well, Vanessa has filed for divorce in Manhattan Supreme Court.

A joint statement released by the couple to Page Six read:

After 12 years of marriage, we have decided to go our separate ways.

We will always have tremendous respect for each other and our families. We have five beautiful children together and they remain our top priority. We ask for your privacy during this time.

The couple got married in 2005 and have 5 children between the ages of 3 and 10 together.

Sources claim Vanessa was sick of politics and being alone all the time, as Donald Jr. is always away.

Donald Jr. took over the family business after his father became president. In February Vanessa was take to the hospital after receiving a letter containing a white substance later confirmed to be corn starch.