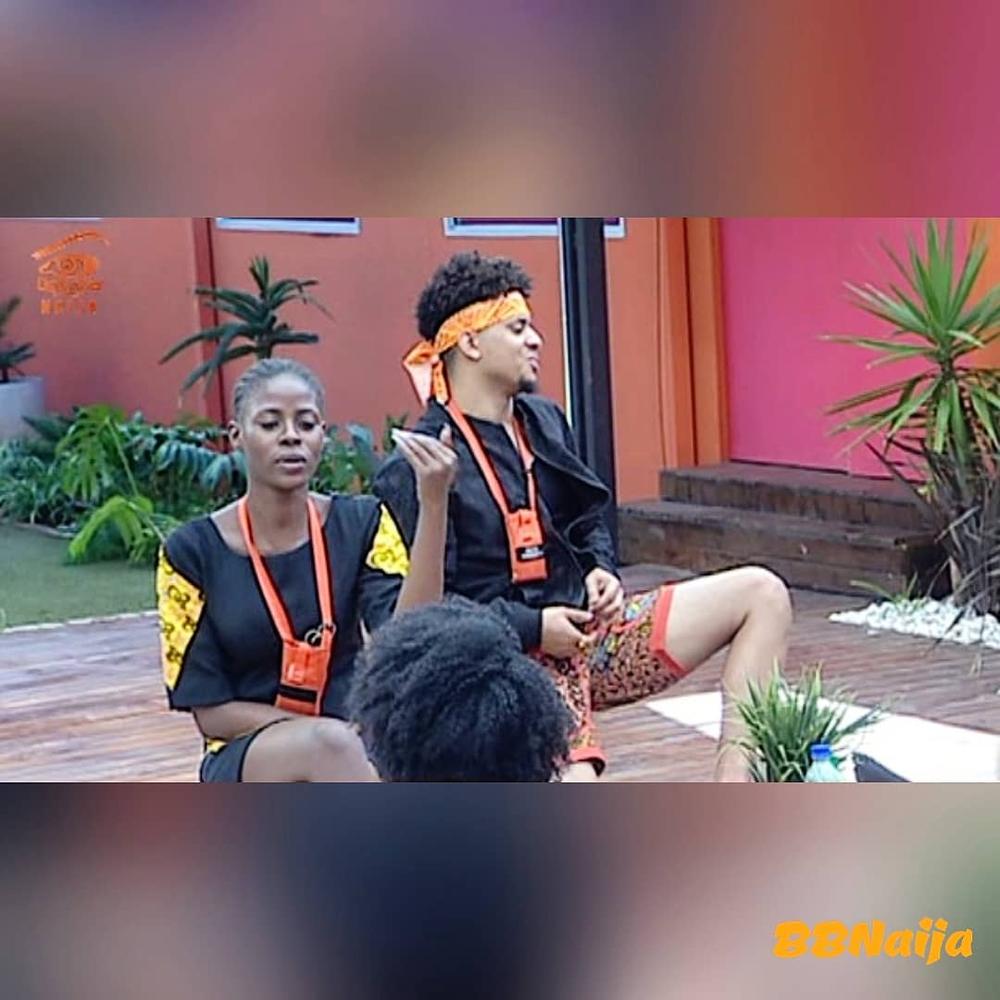 Did you watch day 69 of the Big Brother Naija 3 reality show?

The Sweetheart of The House

Nina received reassurance from her fellow Housemates that she should remain the sweet young woman that she is. This came after she told her Housemates that, apart from losing her boyfriend from outside, Collins, her biggest fear is people criticizing her.

Anto advised her to not change but put a lot of effort in doing things. She added that Nina still has a lot to learn about life, she should improve her listening skills and must always listen to understand instead of rushing to answer.

Like big sisters would do, Khloe emphasized on Anto’s points adding that she never thought she’d like her when they initially met, but her sweet heart has changed how she feels. Khloe continued to let her know that she should know when to draw her commas and full stops as she tends to get carried away.

While the Housemates were enjoying heart to hearts in the Jacuzzi, Cee-C also took the time to let Anto know on how they missed the friendship train. She told her that they could have been friends but Anto’s misconceived perception of her hindered those efforts. Anto agreed with Cee-C and it wasn’t long before Tobi learned that Cee-C blames Anto and Alex for their failed attempt at Love.

As always, Khloe gave her own episodes and by the looks of it, she was out to get Tobi. While he and Anto lay comfortably on his bed, Khloe made mention of the fact that Tobi was getting touchy feely with Anto’s canvas worthy backside. While all this wasn’t much of an issue, she let Lolu know about it and he extinguished it calmly, saying he believed that Tobi is a respectful man, sarcastically pushing Tobi back to the other side of the line he’d crossed.

While not all is well that ends well, the Housemates retired and let another day dawn on them. The morning wasn’t all sunshine and blue skies for Rico Swavey, Cee-C and Khloe because due to having missed a session, Lawrence stopped by to force a healthy catch up on them. Maybe that’s just what they needed, pre-Eviction steam blowing.

It looks like Big Brother decided to change the narrative just a little bit and took it easy on the Housemates. After weeks of heavily demanding challenges, that’s of course according to the Housemates themselves.

The bouncy course consisted of four kindergarten level challenges; climbing over, through and below inflatable barriers, throwing lasso balls with the aim of suspending them on a pole, placing stickers on air-founded pillars and lastly, kettlebell hopping to the finish line. This was by far the lightest load the Housemates have ever had to carry for the Million Naira piggy bank that was earned by Miracle, compounding his account for the second consecutive time.

Biggie might have lightened the load in terms of the challenges themselves but he’s certainly been consistent with his post-win niceties. Following last week’s pizza-platters and topping-filled ice creams that the Housemates had been requesting for a while; the man waved his wand once again and made their box office dreams come true.

After a rather dry morning of napping, the Housemates woke up to good news. Miracle’s effort certainly bore good fruit and saw the Housemates enjoying a 2 hour long block blaster movie, Isoken, courtesy of Africa Magic and Tribe 85 productions in the popcorn, donuts and slush decorated Arena. This was another one of the Housemates long overdue requests, so one can imagine the amount of excitement that swept through the House.

Needless to say, it was two hours of pure bliss and unwinding. It definitely pays to win, na so?!

Puzzle No Be Housemate’s Thing

The Housemates have all so far displayed their capabilities and what they’re good at, but for all of them, a puzzle in not their strong point.

Today’s Legend’s puzzle had them locking heads trying to crack how the puzzle should be, and they finished it more than an hour later.

The Housemates, on many occasions have failed dismally at completing a puzzle, let alone getting how it should look.

On the Arena games they’ve had puzzles and it has over and over proven that their struggle lies in putting and completing it.

Nina and Anto are good at doing other Housemates’ hair and Khloe can never go wrong with applying makeup.

Now the question is; why is it that a puzzles gives them a tough time? Or is it a good strategy for them to kill time?

Throughout the afternoon the Housemates seemed to be in good spirits and the party vibe was within them.

The excitement got even better when their party clothes (and in this case pyjamas) came and it was clear that they were ready to hit the dance floor.

However, the mood has since died down since the dragging time it took to complete the two puzzles from Legend Beer.

Hopefully the new pajamas will revive their partying spirit and they’ll dance the night away with DJ Ssnatch.

The Legend’s sponsored Saturday night party had the Big Brother Housemates on their toes displaying all sorts of dance moves all thanks to DJ Ssnatch.

The pajamas themed party didn’t cater for any lazy individuals as the choices of songs played by the DJ demanded movement of some sort. However, the Housemates didn’t disappoint and jumped into the prerequisite and obliged.

If you are going to mention ‘rhythm’ in the Big Brother House the name that’s going to follow next is ‘Alex’ as she and dancing are inseparable. She, indeed went out of her way to display incredible dance moves and making it her prerogative to enjoy every moment.

At some point her Housemates looked up to her to show them how certain dance moves were done and she didn’t hesitate.

The hotness from the DJ’s compilation had the Housemates sweating and only because the songs were too good and familiar to the Housemates to miss any beat.

The decision from the most ladies not to wear any make up was a smart move from their side which could have been a ruin and a waste of their efforts.

On the contrary, Khloe was the only one who surely put an effort in doing her face, and even though she danced a couple times, she had on and off moments at the party.

Her little corner in the party room accommodated her more than the ground on the dance floor and her unbothered face showed how ready she was to be out of the party.

It would be unfair to mention how good the Housemates looked in their pajamas without pointing out how the in-House couple were the only ones with matching outfits.

Even though the duo hardly danced together, the animal printed, green and silky pajamas signaled couple goals.

Have you been watching? What did you think of the Day 69 activities?

John Boyega spoke on his Journey to Hollywood at “Accelerate TV Masterclass: The Journey” & It was Inspiring! Here are 5 Takeaways