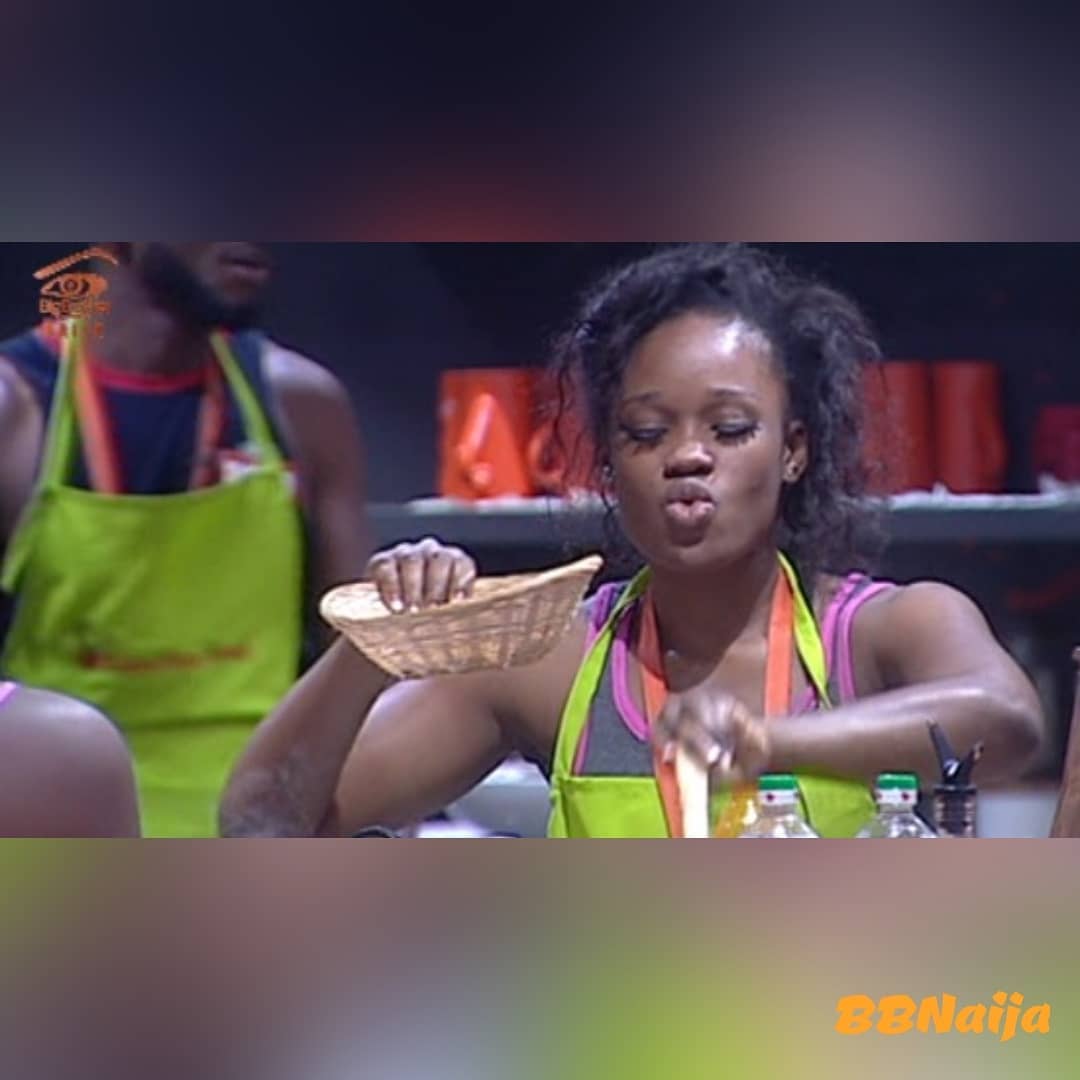 Did you watch day 76 of the Big Brother Naija 3 reality show?

It looks like Alex’ intervention did nothing more than have Tobi and Cee-C bluntly talking about their situationship and how it all blew out of proportion because the two seem to have crossed the thin line, making their relationship irreparable.

According to the other Housemates, Cee-C has done a bad job trying to hide just how bothered she really is by all the sourness between her and Tobi. Her references, no matter how blatantly disrespectful drip enough evidence to prove the Housemates’ theory about how this isn’t really over.
Tobi on the other hand is either hiding it well or really did lose interest in pursuing anything with Cee-C because of the two, he seems to have moved on rather swiftly.

Thanks to their dice game, Cee-C and frenemy, Khloe went on to talk about Tobi’s relationship with Alex. Still putting up the unbothered front, Cee-C failed to hide her feelings towards this friendship and threw in the fact that Alex thrives on drawing people in by playing the pity card. She also made mention of how she’d warned Tobi not to bother coming back to her when he’s done with Alex.

While Tobi is managing their situation well enough, he too seems to find interest in any conversation revolving around him and Cee-C. Earlier yesterday, Alex spilt the beans on how she and the others thought Cee-C really felt about him and how’d they noticed stolen glances

While the truth may be a relative phenomenon when it comes to feelings, Cee-C and Tobi seem to be holding onto to something and only they can reveal whether it’s resentment or longing because behavior had proven to be an unreliable source.

The Sinkers and the Swimmers

The immediacy provided by social media benefits both ‘good-willers’ and ‘predators’ alike, affording both viewing spectrums free reign to explore different perimeters of communication, share unsolicited opinions and to bring out unseen alter egos; and seeing as the 25 million Naira journey has about come to an end, the Housemates will most definitely be fighting a lot of virtual battles thanks to the viewers’ perceptions of them and whether they’re ready or not, here it comes.

Nina and Miracle definitely managed to place themselves on ‘sweetheart’ pedestals thanks to their goosebump giving moments, however, the love birds came into the show as units and that’s exactly how they’ll be handling themselves out there. Seeing as Miracle successfully cracked the shell in which he was enclosed initially, he might just have a bit of control when dealing with haters but for Nina, it might just be a different ball game.

Lolu’s ‘wise man’ and ‘word-smith’ traits have certainly won him favor with intellects and empathizers alike. Having ever been on the defensive front when dealing with quarrels, he’s managed to keep his hands clean and because of that, might have very little backlashes to deal with, or so we think. Despite having thrown hints of being a Yoruba demon and having a slippery tongue, Tobi has managed to redeem himself and was consequently placed on the ‘friendship goals’ pedestal. He too might handle backlashes quite gracefully.

Khloe and Anto are unarguably covered in thick skin thanks to having been outside and for that reason, are more likely to brush off the insults and thrive on the good vibes.

Alex has never been ashamed of her colorful and uniquely messy personality, often perceived as noisy and disturbing. In fact, she suffered a few heavy backlashes but quickly bounced back and held her own. Just like Cee-C, her ‘fireball’ demeanour isn’t at all what she adopted in the House but an innate trait she often uses as a defence mechanism. The two obviously care less about external opinions. While their battles promise to be great, they’ll most likely hover over them and survive.

The Former and The Latter

While the Housemates are aware of the risk factors, with the exception of Anto and Khloe who’d experienced both the good and the bad first hand post-Eviction and pre-bring back; their different personalities will definitely come into play when handling themselves out there because what was no longer will be, it’s either they sink or swim.

The Housemate’s Airtel task of showing humanity towards one another, came to an end this afternoon in a beautiful display of unity.

The thought of being in the House for the money was put aside for a few hours while the Housemates enjoyed their cooked meals.

Borrowing from Lolu’s words: ‘There’s always something to like even the inconsequential things’ proved true while the Housemates exchanged laughter.

The week-long task, which was divided into three has seen the Housemates complimenting each other, doing things for one another and eventually having lunch as a collective, which is something that had become a rare sight in the House.

In the midst of the caucus in the House with Housemates making it clear on who they are with and against, it was refreshing to see them coming together over home cooked meals.

Biggie’s thought of bringing the House together served its purpose because for minute there, the Housemates forgot about competing and enjoyed each other’s company.

Even though others didn’t directly engage, the moment was short lived because as soon as the task ended it was each to the holes.

The conversations ended on the table and the Housemates decided to go to sleep. It’s true that best moments are short lived and hopefully, in their stay in the Big Brother House they will take this particular moment with.

Dancing The Night Away

As soon as the Housemates stepped into the party room it was on and DJ Lambo welcomed them with a bang of a number. Her compilation had the Housemates singing along to almost each and every song.

Even though their party clothes didn’t come through, that didn’t derail them from their party mode and instead they wore their best and hit the dance floor.

Everybody In The Mix

The DJ had the Housemates on their feet and the only time they had to catch their breath was when refilling their cold beverages.

It was a competition of dance moves among the Housemates and of course Alex led with her undiluted dance moves.

Additionally, Nina appeared to be having the best time of her life and all this was visible in her dancing while Anto took turns shying away from the dance floor.

Alex as usual, was the heart of the party dancing the night away like there’s no tomorrow. However, it became interesting to see Lolu and her on a head to head situation on the dance floor which ended up in others joining in.

Also, Alex stole a lot of moments and was zoning all alone on the dance floor but mostly her fellow Housemates looked unto her for cues when to change to the next dance move.

Have you been watching? What did you think of the Day 76 activities?