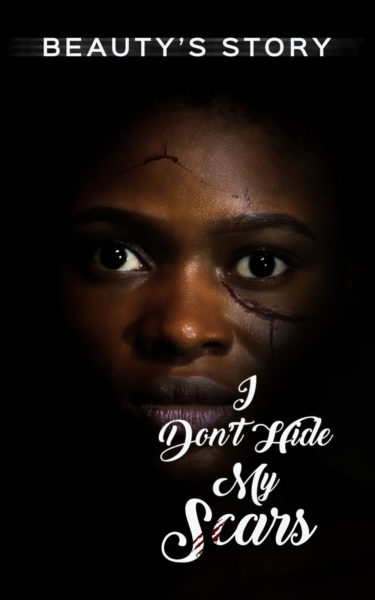 This month is the Sexual Assault Awareness Month, and the theme for this year is ‘Embrace Your Voice’. In this vein, BellaNaija stands with survivors of sexual assault/ rape as they share their stories and embrace their voices.

Beauty, a sexual assault survivor, has recently published a book, titled ‘I Don’t Hide My Scars’ where she shares the story of her rape. This act of bravery is commendable and it helps shed light to the fact that thousands of women  go through these things in silence and pain.

CHAPTER TWO
Everybody thought I was daddy’s favorite child. He loved to be with me. He would carry me on his laps at every given opportunity. He would take me into his room where almost nobody else was allowed. He bought me sweets randomly even when he couldn’t be bothered with the family’s feeding, clothing or schooling. He told everyone that I was his mother reincarnated. They didn’t quite understand why I hated his presence or why I fought not to be alone with him.
Daddy would take me into his room and touch me in my vagina. He would pull down his trousers and stuff something thick, black and funny tasting into my mouth, forcing it down my throat until I began to choke, then he’d put the thing inside my vagina too. The pain was horrible. Even when I began to limp and I couldn’t hold my pee, my mommy didn’t notice.
Daddy said mommy would get jealous and hate me if I told her what he was doing with me. When that didn’t produce the desired effect, he said he’d wake up at night and slit my throat if I ever told anyone. So I carried that fear in my heart for a very long time.
I begged my father to stop. What he was doing was really hurting me. He repeated what he had said the many times before; he said he was making me into a fine woman.
I had my first abortion before I even knew how to properly spell abortion. It wasn’t even a proper clinic, it was a shop. I still remember every tiny detail.

I didn’t know what it meant to be pregnant. I was at the naive point in my life where I still thought that babies fell from heaven. He was the one who discovered it. Apparently, Oga Chemist was his close friend and apparently, I wasn’t the first girl he would be taking there.

It was a dinghy, dimly lit room, it smelt like a rat had died somewhere. At one corner, there was a pile of unwashed plates, a stove and a few dirty pots and pans. At another corner was a stethoscope boldly displayed on the wall alongside a framed edition of the Hippocratic oath. His bed/patients bed was set on the floor just a few feet below these. It was the only bed in the room and it was obvious that he slept on that same bed because I could see his clothes carelessly strewn on it.

He asked me to take off my clothes and go lay down on the bed, I wanted to refuse, but I took one look at daddy and I just obeyed Oga Chemist. He asked me to open my legs, I didn’t want to, daddy held my legs open by force and Oga Chemist put something inside me. The pain was unearthly. I didn’t recognise my own voice when I screamed. He kept prodding me with the sharp thing. I didn’t even notice the blood.
I must have slept off or passed out sometime during the procedure, I’m not sure which. When I woke up, they gave me paracetamol to swallow.

My daddy kept me in that room for about 3 days and he fed me only 3 times, once each day. He was always giving me paracetamol. Everybody thought that we had travelled together.
When I was strong enough to go home, he told me several bad things that would happen if I breathed a word to anyone. I believed him. He was a dangerous man.

I was damaged and broken and nobody even noticed at home. I still had to be the big sister for my siblings. I protected them with everything I was. Most importantly, I protected them from the knowledge that their father was actually a demon. 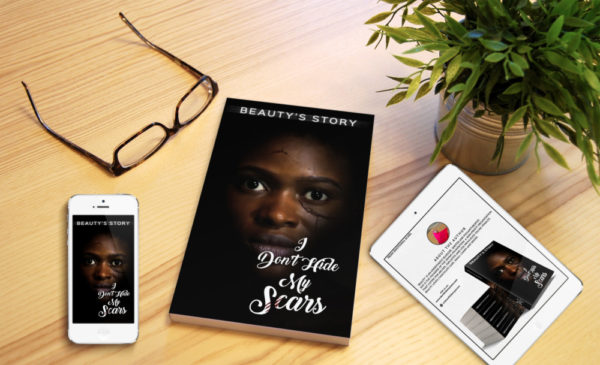 CHAPTER THREE
My mom was in the hospital after getting beaten severely by my father again. Her condition was very bad, a cut on her forehead, eyes that were almost blinded, a broken right arm and a broken nose. They wanted money before treating her, my father wasn’t in the least bit interested in paying for the treatment. My mom was on her own. Before now, relatives had abandoned us because she was always lying about having accidents and slipping in the bathroom or getting robbed when my dad was the culprit. A few times I spoke out, then she went and said something else and made everybody consider me as a liar, a few relatives even called me an ogbanje child.

I started going to visit aunties and uncles to beg for money for my mother’s treatment. Each one I met either came up with an excuse or told me an outright no; the last one I went to meet told me that the money was inside his room and I should go and pick it up. As soon as I entered the room, I heard the door slam behind me. I asked him if there was a problem. He replied by asking me if anyone had ever told me that I am beautiful. I reminded him that my mom was sick and I didn’t have time for chitchat. He forced himself on me. The wife caught him raping me, I was almost lifeless, my face was tears-soaked and still she beat the crap out of me. They later had an extended family meeting and judged me guilty, the man said I was the one that removed my pant and opened my peepee for him. That’s how they bundled me to go and do housemaid work in Warri. My mommy didn’t do anything. She couldn’t have done anything immediately because of her condition, but long after she got discharged, she stayed quiet. My father was probably happy because if I was far away, I couldn’t soil his ‘good’ name.

The woman I was a maid for was a family friend to one of my aunts. She beat me into learning everything I now know. She beat me because I couldn’t cook or bake or clean properly. Fear of being beaten made me learn fast. I would be putting salt in food and my hands would be vibrating. A little too much salt equalled beating, a little less salt equalled beating. I was beaten so much that my body got used to it. I started to anticipate it.

I used to eat whatever remained on her children’s plates after they had eaten to their satisfaction, sometimes, nothing was left on their plates. I’d spend hours cooking and I wouldn’t even taste that food. I used to wear torn clothes, torn hand me downs from her boys. I was afraid of night time because both the husband and the boys took turns to satisfy themselves with me.

Her sons used to steal their parents’ money to buy weed for smoking and fancy things for their girlfriends. I always got beaten for the missing money. Even when I caught them redhanded and tried to explain to their mother, she would beat me even more for telling lies against her wonderful princes. I got pregnant and I had no idea who was responsible between the father and his sons. When she found out, she beat me so much and threatened to kill me if I didn’t tell her who was responsible. After I told her what her precious husband and boys had done to me, she beat me some more for trying to destroy her family. She fasted and prayed against Jezebel in her home and then she took me for an abortion.

***
To read the rest of the book, please follow the instructions below:
EBooks available via OkadaBooks.

For paperback copies, follow @idonthidemyscars on Instagram, and send a DM for details; alternatively send an email to Beauty via [email protected]

Note:
If you’ve been raped or you know someone who has been raped, or is being raped/ sexually assaulted, please reach out out to any of the following organizations:

If you’d like a community where it’s safe to share your experiences without fear, visit ShareAnonymous NG.

Here’s some information to bring the reality of sexual violence and rape to home:

The picture below shows the analysis of the age distribution of survivors of Sexual Assault. (Sexual Abuse).
Majority of victims are 18 and above, however, ages 10-18 also receive a fair share of sexual abuse #SAAMNG @StandtoEndRape @MirabelCentreNG @EVA_Nigeria @WHERInitiative. pic.twitter.com/vIaZ1NkKwu

#The25Series: Meet Oniosun Temidayo Isaiah, the 23-year old who wants to make Africa the Next Frontier in the Space Industry