Chef Raphael Duntoye is coming back to GTBank Food and Drink Fair to tell you all about the Making of a Chef | Tuesday, May 1st 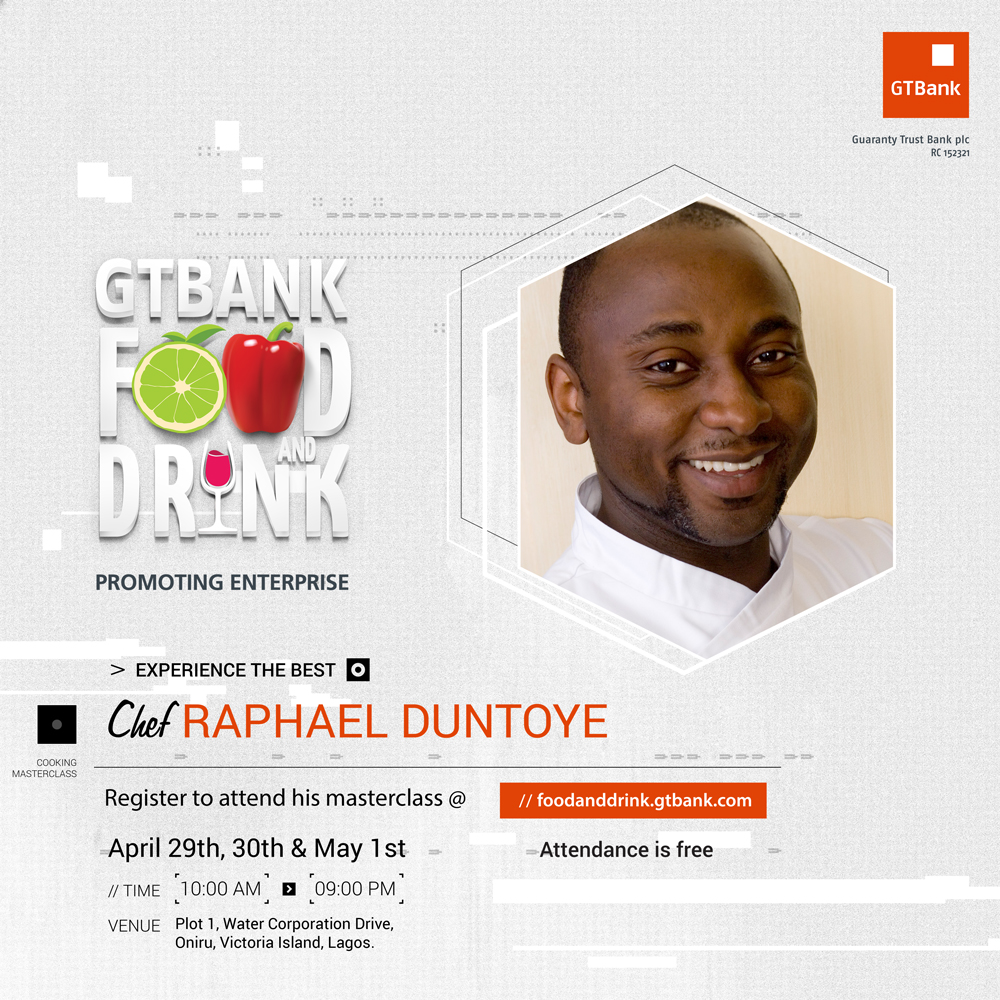 Internationally acclaimed Chef Patron of La Petite Maison will be at the 2018 GTBank Food and Drink Fair to facilitate a Masterclass on how to build a successful culinary career.

Renowned for his lightness of touch and reverence for the best fresh produce, Chef Raphael began his culinary journey in 1995 when he left a career in engineering to follow a life-long passion for food and cooking.

Chef Raphael joined the Butlers Wharf Chef School in 1995 and following his graduation, spent the next five years earning his culinary stripes under the mentorship of Pierre Koffman, one of UK’s most celebrated Chefs of all time. He later served as Executive Sous Chef at Sketch in Mayfair and as a Senior Sous Chef at the Japanese restaurant Zuma in Knightsbridge, London.

In 2007, Chef Raphael opened the first La Petit Maison in Mayfair, London and has since then expanded the award-winning restaurant to 5 other major metropolitan cities across the world.

To attend Chef Raphael’s Masterclass at the GTBank Food and Drink fair on Tuesday, May 1st, click here to register.