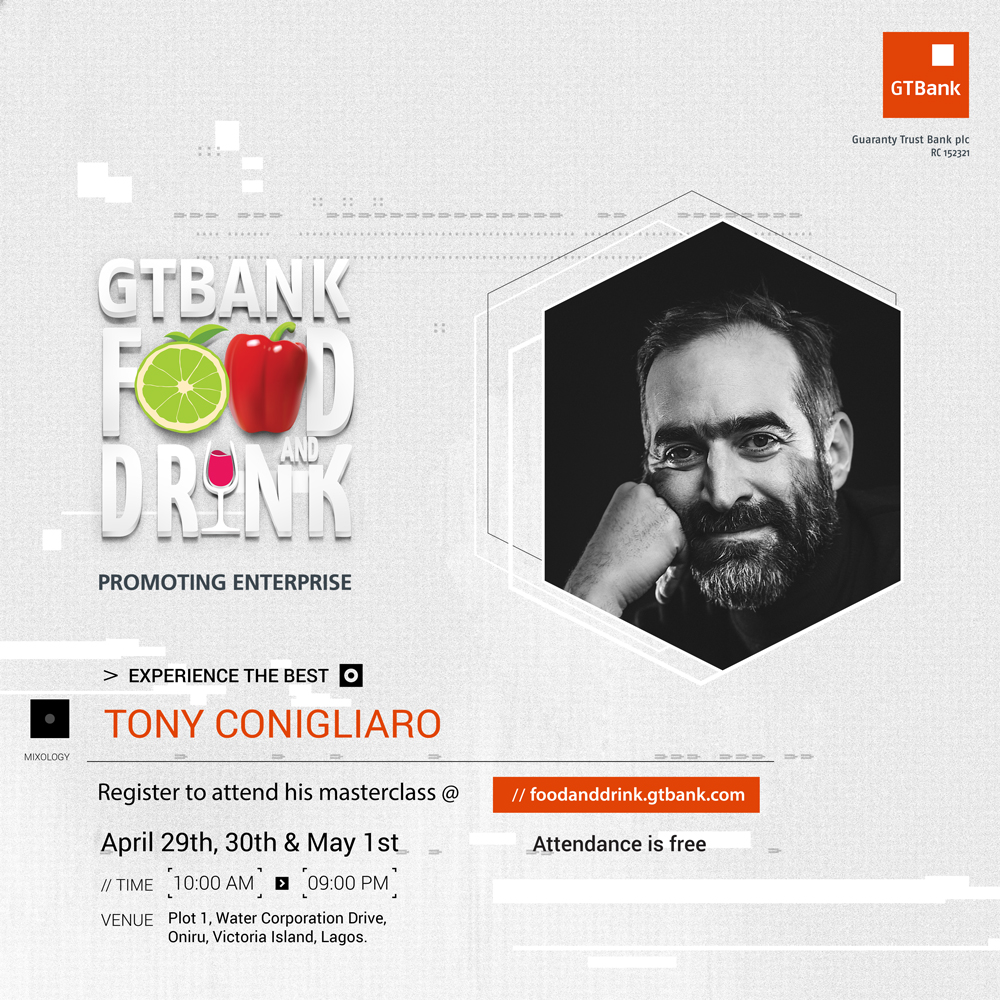 Multiple award-winning mixologist, Tony Conigliaro will be at the 2018 GTBank Food and Drink Fair to share professional tips on how to become a master in mixology.

Known for his unique perspective on the art of cocktail making, Tony Conigliaro’s creations bring together the realms of art, perfume, food and liquid flavor to create drinks that are anything but traditional. An authority in all things liquid, Conigliaro’s love for the art of drink making informed his decision to establish The Drink Factory; a collective of like-minded mixologists and other individuals outside the industry who come together and exchange ideas regarding research and development on drinks.

After working in some of London’s most esteemed restaurant bars, such as the award-winningShochu Lounge, Tony opened his first solo bar in London and later The Zetterhouse bars which won the Best New Bar in the World in Tales of the Cocktail 2013. Tony is also a critically acclaimed author, with one of his books, DRINKS, winning America’s prestigious James Beard Award for Best Beverage Book.

If you would like to attend Tony Conigliaro’s masterclass at the GTBank Food and Drink Fair, which holds on Tuesday, May 1st, click here to register.