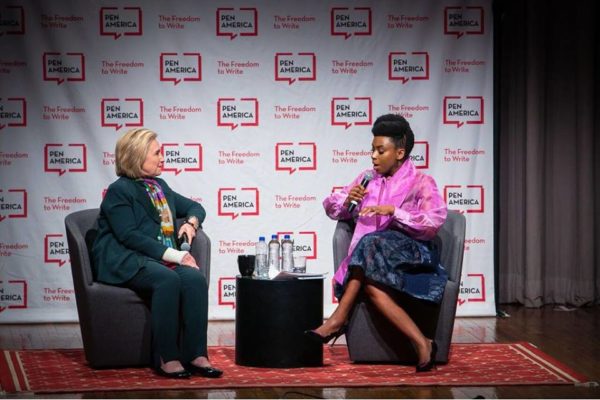 After her address, Clinton sat down with Nigerian writer Chimamanda Ngozi Adichie in a conversation on everything from American politics to, of course, feminism.

A question Adichie had for the politician – if it was her choice to represent herself first as a wife on her Twitter bio – had gone viral, people condemning the writer for asking.

Chimamanda shared a response to the backlash on her Facebook, explaining the context around the question.

A video of the conversation has been posted on YouTube. You can watch it below.

(Their conversation begins in the 41st minute, and the Twitter bio question at 1 hour 13 minutes.)