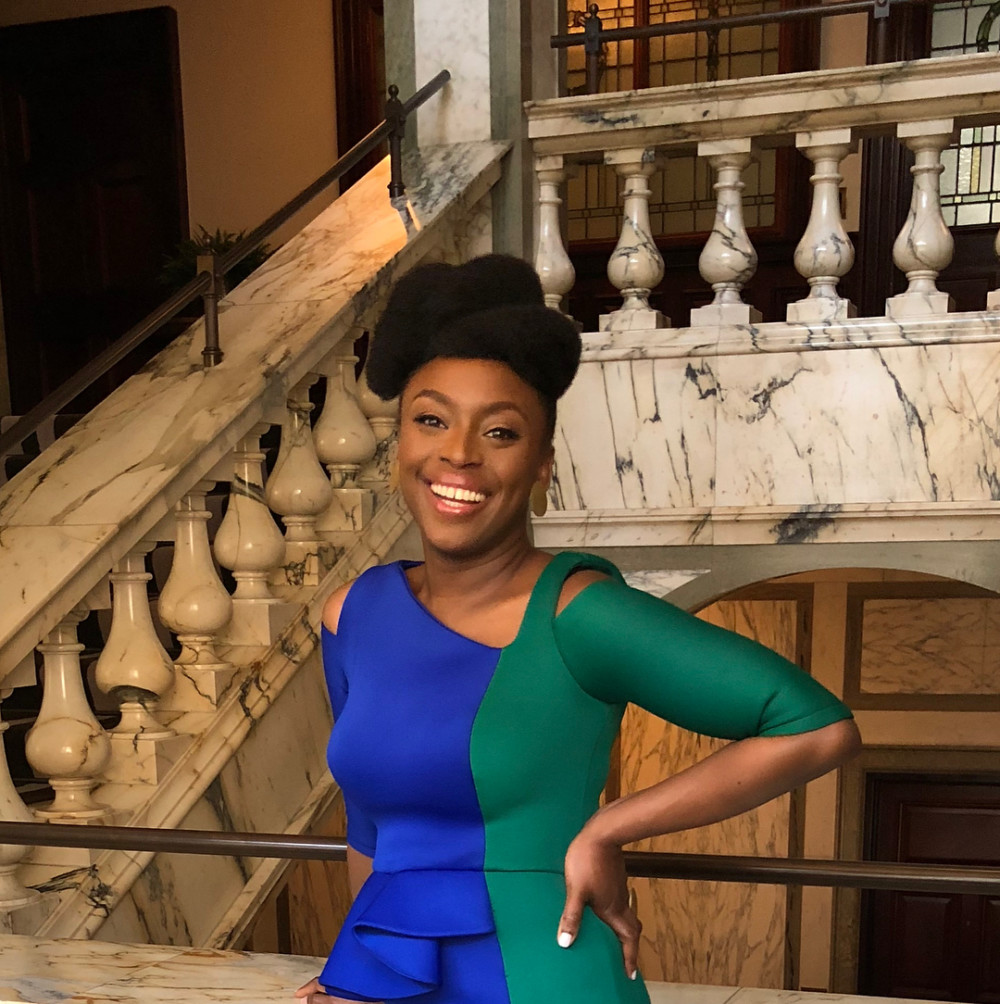 The organizers of the 2018 PEN World Voices Festival  have rated Nigerian writer, Chimamanda Ngozi Adichie‘s session as their most popular.

Themed “Resist and Reimagine”, the festival held on Sunday, April 22nd in New York where Chimamanda had a dialogue with American lawyer and politician Hillary Clinton on “The future of Women and Girls around the world”.

In a statement on their Facebook page, Suzanne Nossel, CEO of Pen America wrote:

We want to thank Chimamanda Adichie for making the closing evening of our 2018 PEN World Voices Festival so memorable and so moving. We put on hundreds of events each year and have been privileged to host many luminaries, but that night was an absolute stand-out along every dimension. We cannot imagine anyone else who could have shared a stage with the legendary Hillary Rodham Clinton with as much poise and grace. Her warmth and openness was met in kind, giving us a glimpse of Secretary Clinton that few are fortunate enough to see. We have been inundated with emails from those who attended and were so thankful to witness what has become our most popular and thought provoking session. When we need the very best that the literary community has to offer, we are grateful we can turn to Chimamanda, and she never disappoints! 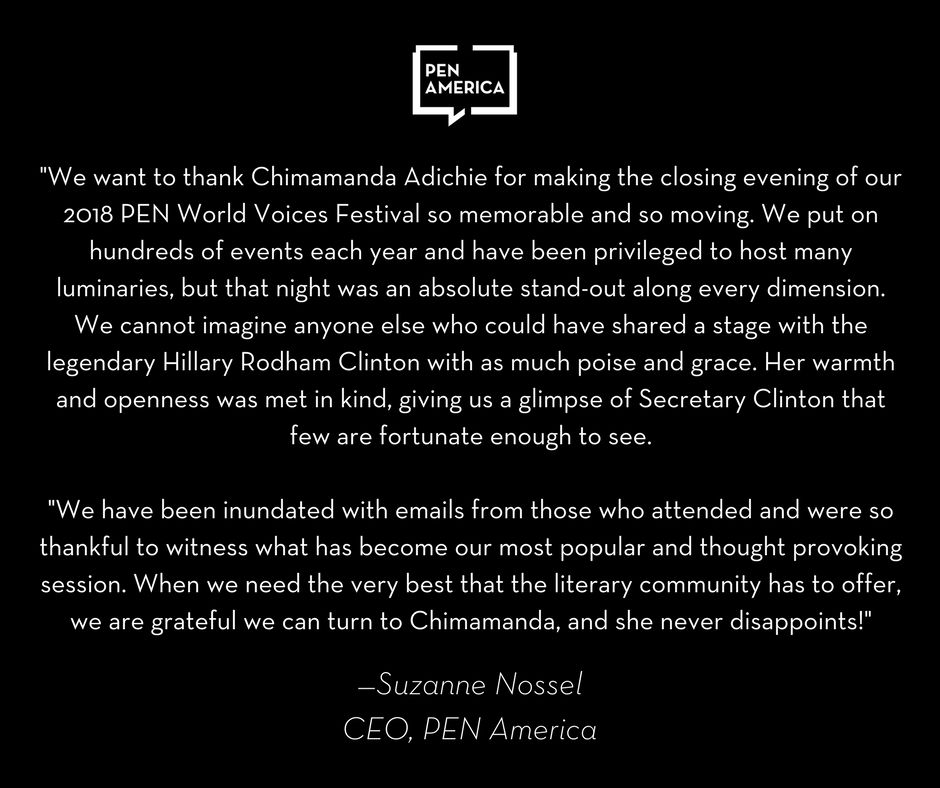