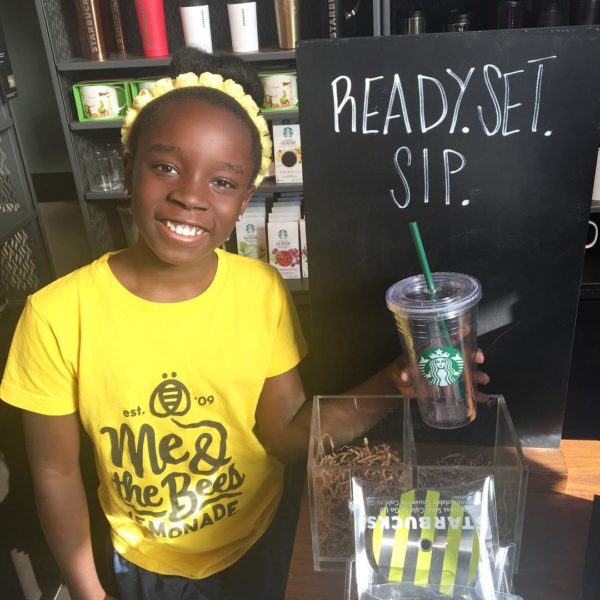 11-year-old Mikaila Ulmer‘s homemade lemonades are so good that Whole Foods has signed an $11 million deal to have it sold in their 55 stores.

According to Business Insider, Mikaila uses a tasty mint, flaxseed, and honey lemonade recipe she inherited from her grandmother.

She got the inspiration after getting bit by bees – twice! “It was painful. I was terrified of bees,” she said.

But then, “something strange happened.” She “became fascinated with bees.”

It was then she decided to use her grandmother’s recipe – with honey – to raise money to help bees.

Mikaila has won $60,000 in seed money when she appeared on ABC’s “Shark Tank,” served lemonade to President Obama, and was a part of Google’s Dare to be Digital campaign.