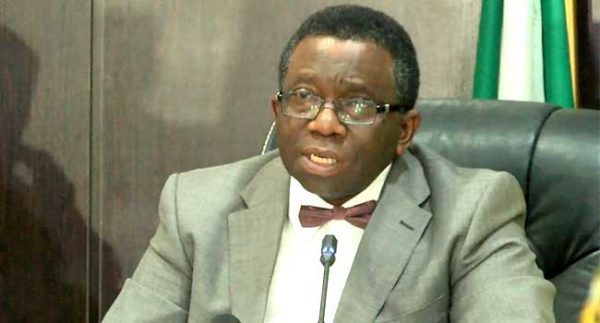 Isaac Adewole, the country’s Minister of Health, has explained why President Muhammadu Buhari travels to the UK to see a doctor.

Speaking in a telephone interview with ThisDay, Adewole said the president is committed to improving the country’s health sector, and his wish to be treated out of the country is based solely on privacy.

Adewole used the case of the president’s son, Yusuf Buhari, as an example, saying that the president had insisted on having him treated in Nigeria despite people suggesting he be flown out. He said:

The same person who went abroad was the same person who said, let my son be managed in Nigeria. I was at the centre; people said let the boy be flown abroad. The president said no. All he asked was, ‘Can they manage him in Nigeria?’ I said, yes, and he said, ‘Go ahead.’

Speaking on why the Buhari chose to fly out of the country, Adewole said Nigerians are unable to handle information and do not respect doctor-patient relationship. He said:

You have forgotten that as our president, he is also an individual. Unfortunately, we still, as a country, we cannot handle information. The president’s son was operated; they said he was dead. You see, it is a strange country; and so, we do not respect people’s right to privacy and confidentiality. We also have no respect for doctor-patient relationship.