Kenyan LGBT Movie 'Rafiki' gets a Standing Ovation at #Cannes2018 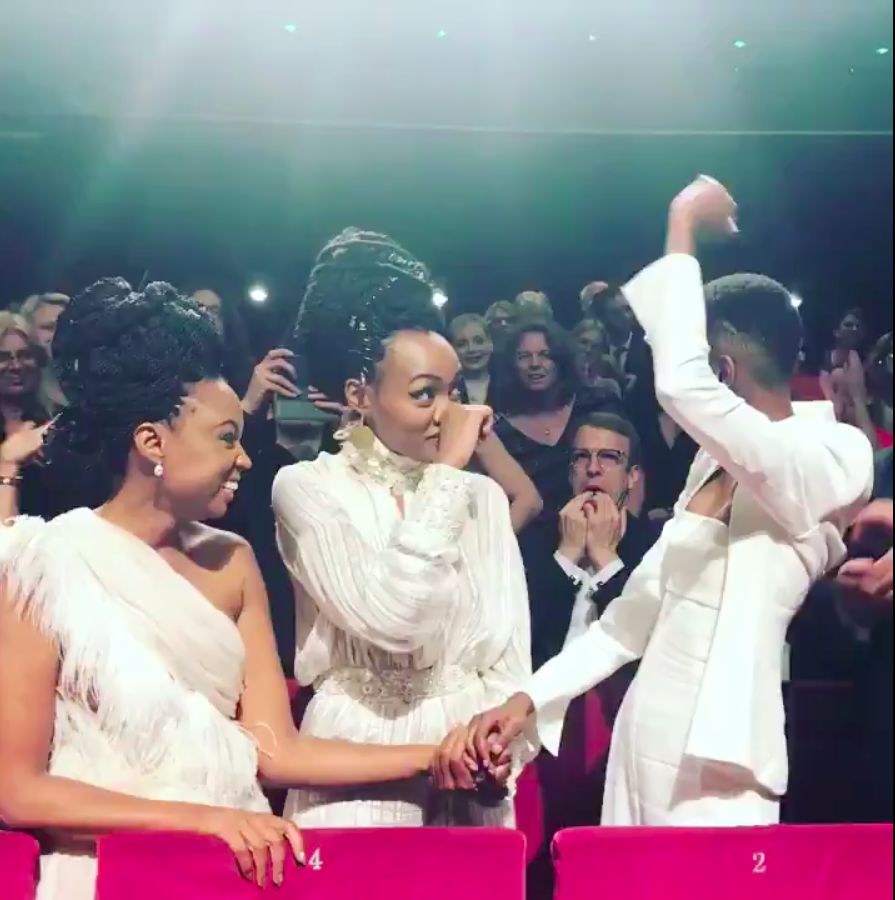 After being banned in Kenya, LGBT movie ‘Rafiki’ has gone on to make history at the 2018 Cannes Film Festival.

The movie has become to first Kenyan movie to premiere at the annual film festival and last night, after screening, the movie got a standing ovation from the audience, Variety reports.

A review from Variety reads in part:

Even when “Rafiki” irons out its emotions a little too neatly, however, Mugatsia and Munyiva’s relaxed, sparking chemistry quickens its heartbeat. Both actresses are naturally, beguilingly expressive in ways that can override their clunkier dialogue, with Christopher Wessels’ sensitive, generously lit lensing letting their marvelous faces carry many a key scene.

The filmmaking here is generally as straightforward and message-serving as the scripting, though Kahiu’s funkier, more expressionistic flourishes tend to pay off handsomely. One lovely nightclub scene bathes Kena and Ziki in blacklight, casting them as wild neon-pink entities in the darkness, and finding an outward expression for the hot, briefly iridescent euphoria that first love — particularly one daring to speak its name in a still-hostile environment — makes us feel inside. “Rafiki’s” soundtrack may be dominated by wispy local balladry, but it’s hard in this scene not to think of a recently defiant Janelle Monáe lyric: “Boy it’s cool if you got blue/We got the pink.” Long may these girls keep it.

Watch the standing ovation moment below.

Lupita Nyong’o is Picture Perfect in Dior at #Cannes2018

New Music Coming? Davido links up with Quavo of Migos in Atlanta