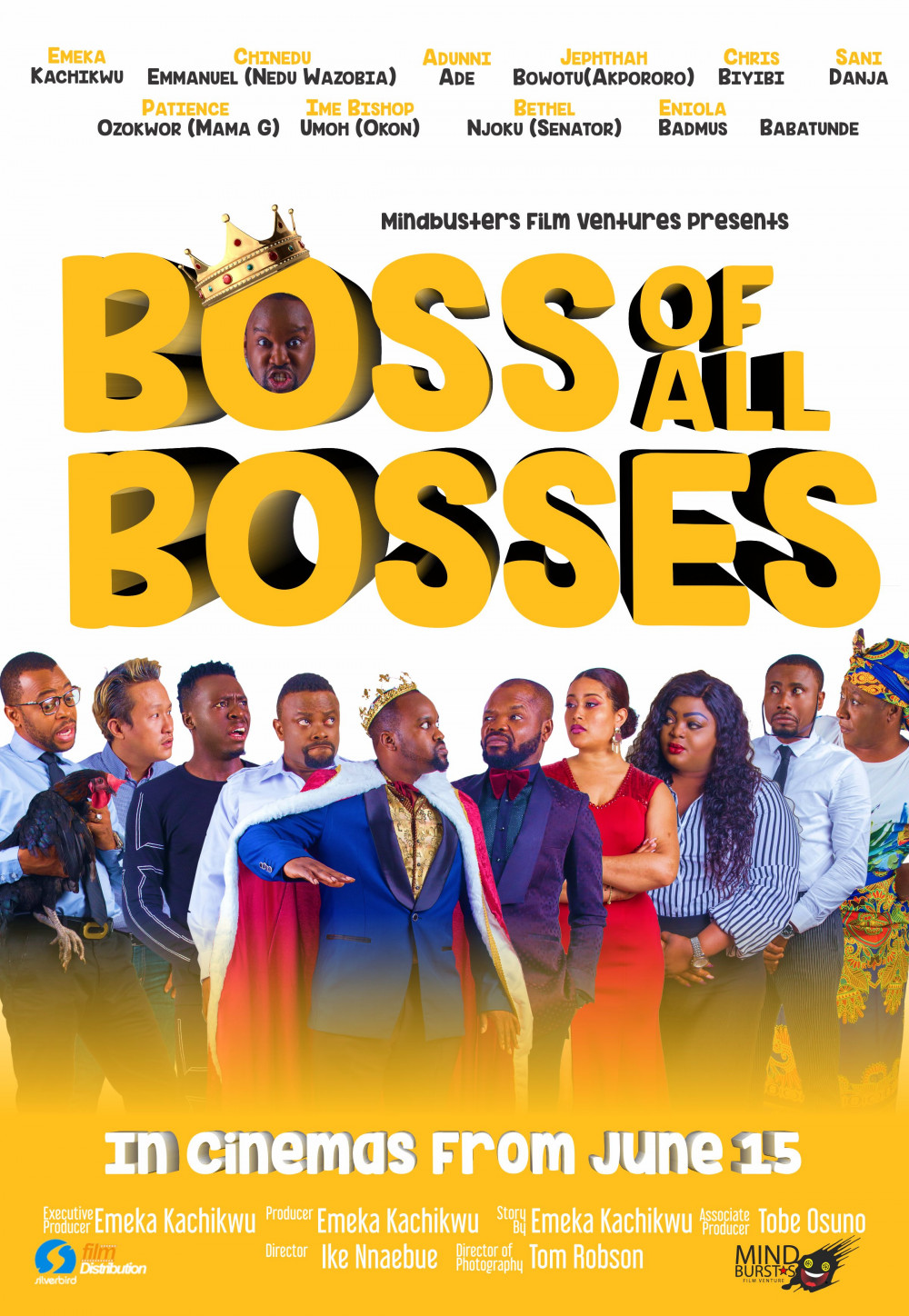 Tony is an obnoxious M.D of an oil and gas company called Hemcorp. He has somehow advanced in his career by scheming his way through the organisation under the watchful eyes of Thomas, the CEO who gave him the free hand to run the company as he liked, whilst Thomas remained in the shadows.

Tony’s joy ride is finally put to a halt when he is put in a difficult situation after Thomas is dissatisfied with his performances and poor delivery on his set tasks. Thomas decides to create competition by employing Samuel as the second M.D in the company to compete with Tony for the position of the sole Managing Director of Hemcorp.

Bosses of All Bosses entails a rich blend of comedy with bits of romance and suspense which is depicted in high quality with the aid of a red dragon camera. It is definitely suitable for cinema viewing to all audience category, and it will also serve as good comedic relief to all viewers with the help of our cast listed below who are known for their experience and quality in the Nollywood industry.

XPloreNollywood: 10 Marvel Cinematic Universe Villains Who Have Made the Franchise Worthwhile