Did Nicki Minaj & Eminem just reveal they are Dating? 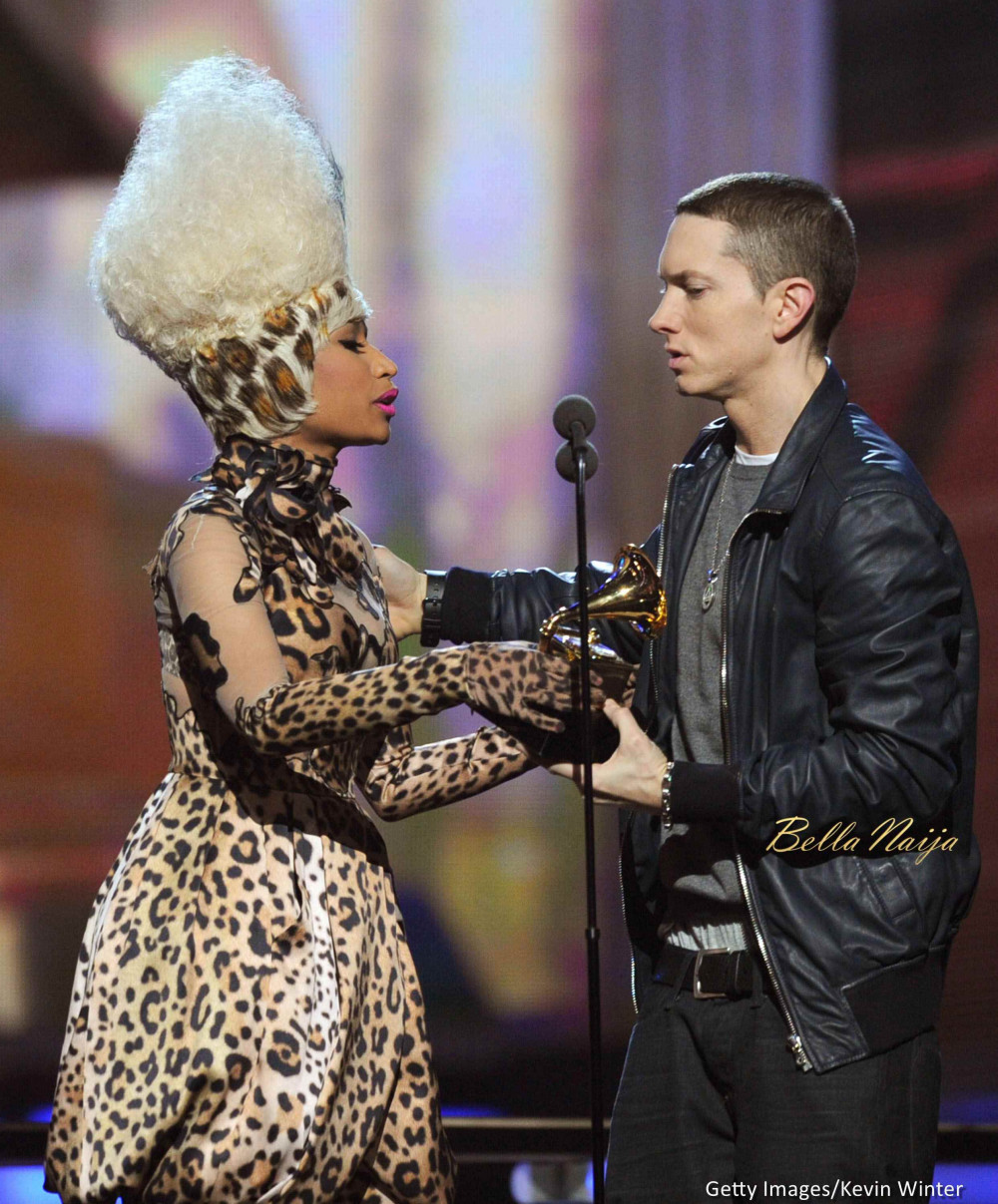 Here comes a power couple we never expected. It seems there is a relationship between rappers Nicki Minaj and Eminem, or so they have led us to believe.

While trying to promote a new song she just released with YG, 2 Chainz & Big Sean, Nicki Minaj had posted video rapping along to her part of the song where she bragged about bagging an “EM” (Eminem). She wrote, “#BIGBANK OUT NOW!!!!!! @[email protected] @bigsean ????? Told’em I met Slim Shady. Bagged a EM!!! ????”

A fan then popped up in the comment section to ask if she was dating Eminem to which she replied simply “yes“. This sparked a frenzy among her fans as they sought to verify if she was playing with them or not. Eminem them popped up saying “girl you know it’s true…” 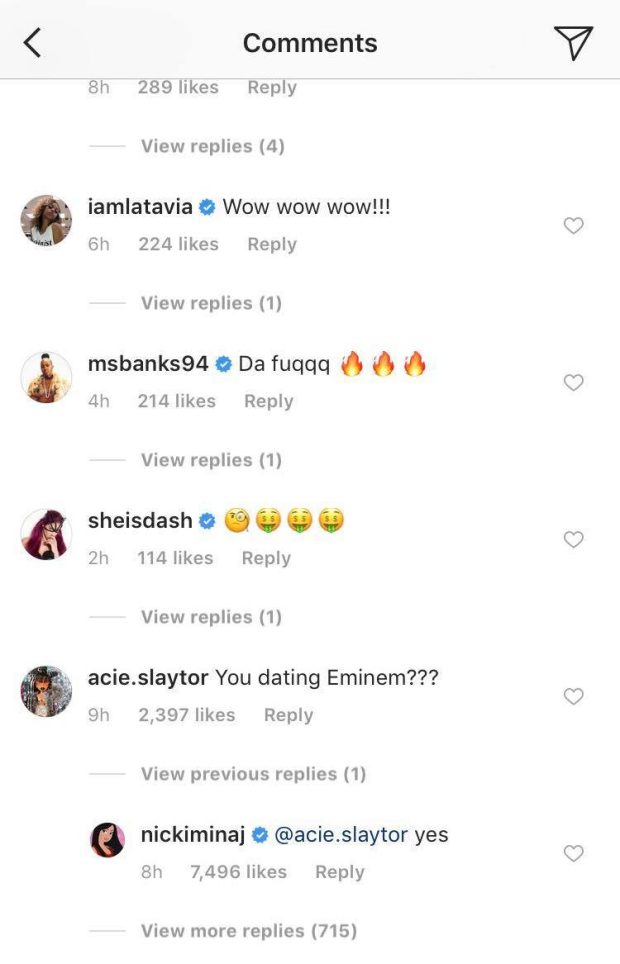 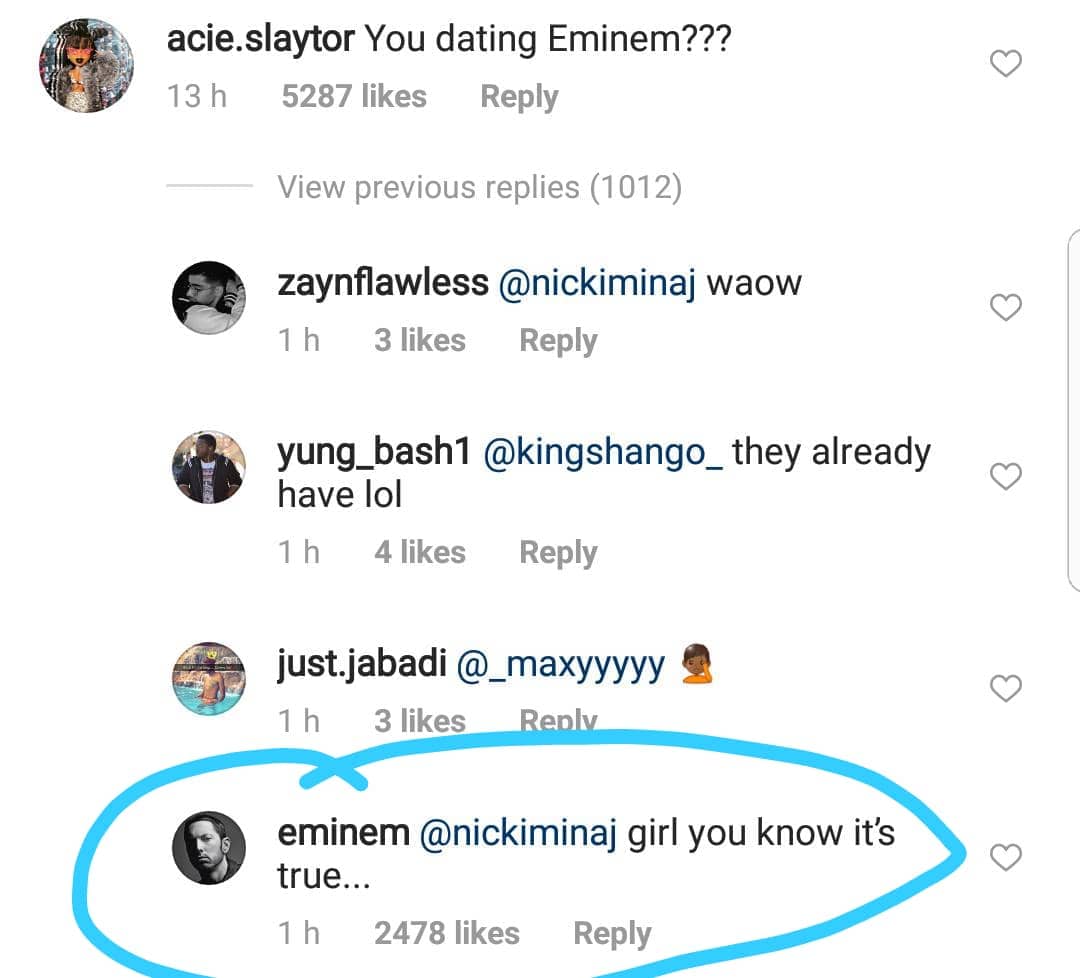 Do you think the rappers are just kidding or it’s the real deal?

This is Nigeria! Falz Brings It Home in This Brilliant Cover of Childish Gambino’s Hit Track