The #RoyalWedding is over! From the Walk to the Sermon & First Kiss - Here are 6 Memorable Highlights 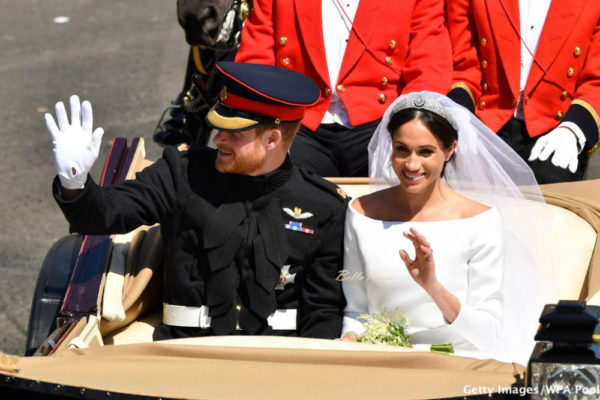 How long have we been waiting and it’s finally here? The Royal Wedding!

Meghan Markle said “I will” to her Prince Charming, Prince Harry today at the St. George’s Chapel on the grounds of the Windsor Castle.

In front of 600 guests and millions of viewers from all over the world, Prince Harry and Meghan Markle became Their Royal Highnesses Duke and Duchess of Sussex.

Present at the event were several celebrities, including Oprah Winfrey, Serena Williams, Idris Elba, Amal and George Clooney, Victoria and David Beckham, and the stars from the TV show,  Suits.

From Meghan’s walk down the aisle in that lovely dress, to she and her prince getting into their carriage – here are the highlights for the Royal Wedding.

Meghan Markle being walked down the aisle by Prince Charles

Too much controversy followed the question of who would walk Meghan down the aisle.

Her father reportedly had a heart attack; then she released a statement revealing he would be absent from her wedding to focus on his health.

It had been rumoured that her mother Doria Ragland would walk her down the aisle instead, but her future father-in-law, Prince Charles, was the one who did, helping her gracefully.

What did you think of the sermon at #MeghanMarkle and #PrinceHarry’s #RoyalWedding ? #WindsorCastle #BNxRoyalWedding #bellanaija

A minister from the United States Michael Curry was the one who, surprisingly, gave the sermon at the Royal Wedding.

The sermon was definitely a memorable one, with the reverend mentioning slave owners; he also opened and closed the sermon in the words of the great Martin Luther King.

The Exchanging of Vows

Meghan Markle had followed in the footsteps of Princess Diana and Kate Middleton by omitting the words “to obey” in her vow, sticking instead to “to have and to hold” and “to love and to cherish.”

Karen Gibson and The Kingdom Choir singing “Stand By Me”

Karen Gibson and @TheKingdomChoir sing "Stand by me" from the West End of the Chapel #RoyalWedding pic.twitter.com/4V1avJlY3K

Who would have thought we’d see an all-black choir singing at the Royal Wedding? No one!

Well, Karen Gibson and the Kingdom Choir were on hand to sing Ben E. King‘s 1961 classic hit “Stand By Me.”

The song is a soulful meditation on love, and it was a beautiful thing to have it performed at the wedding.

During the Signing of the Register @ShekuKM and the Orchestra perform #RoyalWedding pic.twitter.com/AVpGngrfBv

Sheku Kanneh-Mason, winner of the BBC Young Musician, was on the cello as the orchestra performed right after the Archbishop of Canterbury delivered the Blessing of the Marriage, after they were proclaimed husband and wife. *tears*

Did you catch that first kiss? #RoyalWedding pic.twitter.com/aGGCjTmWRd

Awww ???❤ The latest couple step out in style and have their first kiss! #RoyalWedding #BNxRoyalWedding #MeghanMarkle #PrinceHarry

And what would a wedding be without the couple’s first kiss as husband and wife?

Viewers may have been worried after the new Duke and Duchess of Sussex exited the wedding hall without the Archbishop saying “You may now kiss the bride,” but this couple is not one to disappoint us, are they?

Before making their way down the steps, the couple quickly locked lips, right in front of thousands of fans watching outside the grounds.

There you have it guys! Our favorite moments from The Royal Wedding. Check out @bellanaijaonline and @bellanaijaweddings on Instagram and @bellanaija on Twitter for all the coverage on the epic day.

#BMAs: From John Legend to DJ Khaled! Check out how your favorite Stars will be Seated for Billboard Music Awards