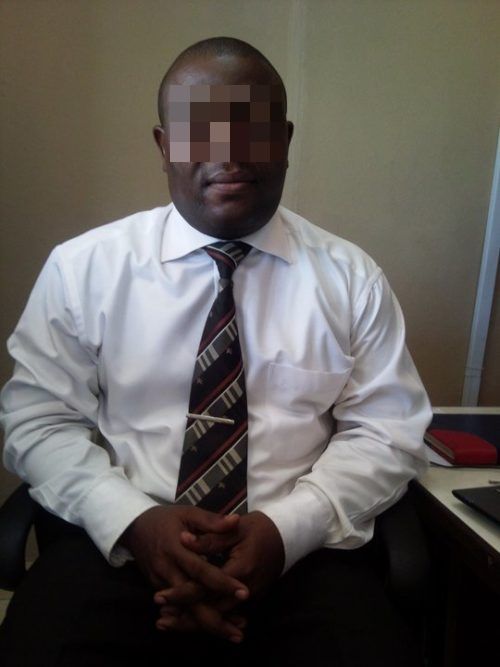 A medical doctor who testified in court said Child X who was allegedly raped by a supervisor, Adegboyega Adenekan, in Chrisland School, VGC, upon examination, had signs of assault around her vagina.

The child, who is now 4-years-old, was 2 years and 11 months when she told her mother she was raped by the 47-year-old school supervisor.

According to Premium Times, the medical doctor, Oluwatoyin Olayioye, testified before Justice Sybil Nwaka at the Ikeja Domestic Violence and Sexual Offences Court.

Olayioye has been practising medicine for eight years, holds a Bachelors of Medicine and Surgery, a Masters degree of Public Health, and is also a trained Forensic Examiner.

She testified that upon examination, Child X’s vaginal area was consistent with her allegations of abuse.

Read her testimony below:

I was consulting for the Mirabel Centre when the case was referred to my team from the Ikeja Police Command on Nov. 24, 2016.

My team was made up of myself, Dr Oyedeji Alagbe and Dr Olujimi Sodipo. The Mirabel Centre had seen over 2,000 clients and I cannot quote verbatim the number of cases involving minors between ages one to five that I have overseen.

On general examination, we found the female child calm, intelligent, not pale, she was not hot to touch or in any distress and at the time of the examination, she was well hydrated.

On examination of the child from head to toe, there were no fresh findings relating to the case but in my systematic examination, there were significant findings.

After exposing the client to the physical examination, the genital area was not in a steady state, along the urethra opening, there were whitish patches which are scaly skin that ought not to be there.

It could be due to an assault in the vaginal area. My Lord, the notches are healed lacerations (wounds), the notches in this client may be due to blunt penetration injury.

My Lord, when we talk about blunt penetration, it has a pattern in which it descends, the pattern is different from injuries from sharp objects, chemicals or burns.

Due to the pattern of the notches, we arrived that it should be as a result of blunt penetrative injury which could be due to penile injury, finger or any other blunt object.

My Lord in the normal state of the vagina, redness is not supposed to be there except in cases of assault.

I made the conclusion based on the child’s declaration, the mother’s declaration, which were consistent with my clinical findings that it could be due to penile penetration.

Our findings revealed blunt penetration injuries which could be as a result of penile penetration, finger penetration or blunt force injury.

The defence counsel, Olatunde Adejuyigbe, challenged Olayioye’s professional qualifications and the time frame she carried out the examination, claiming it could have affected the accuracy of the report.

Olayioye admitted she isn’t a consultant yet, but is a certified medical doctor.

“The person who trained me is a certified Medical Doctor from St. Mary’s Hospital in the United Kingdom but I cannot remember his name,” Olayioye said.

Army has made giant strides in Security in the last one year – Gen. Buratai