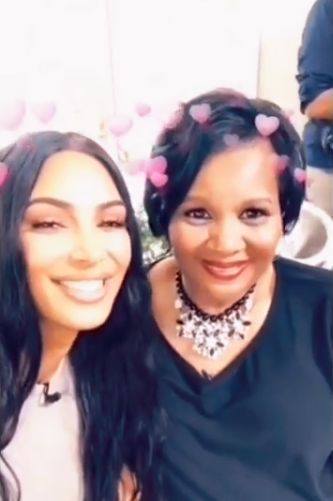 The two met in Memphis and had a quick interview with the Today Show, where Alice discussed gaining freedom.

Alice, who has been behind bars since 1996, is unfamiliar with Snapchat, and Kim quickly showed her the ropes, switching from filter to filter.

See a clip of them using the app below: