Gospel act St. Chika attempts to break World Record with New Single "Power In The Name Of The Lord" | Listen on BN 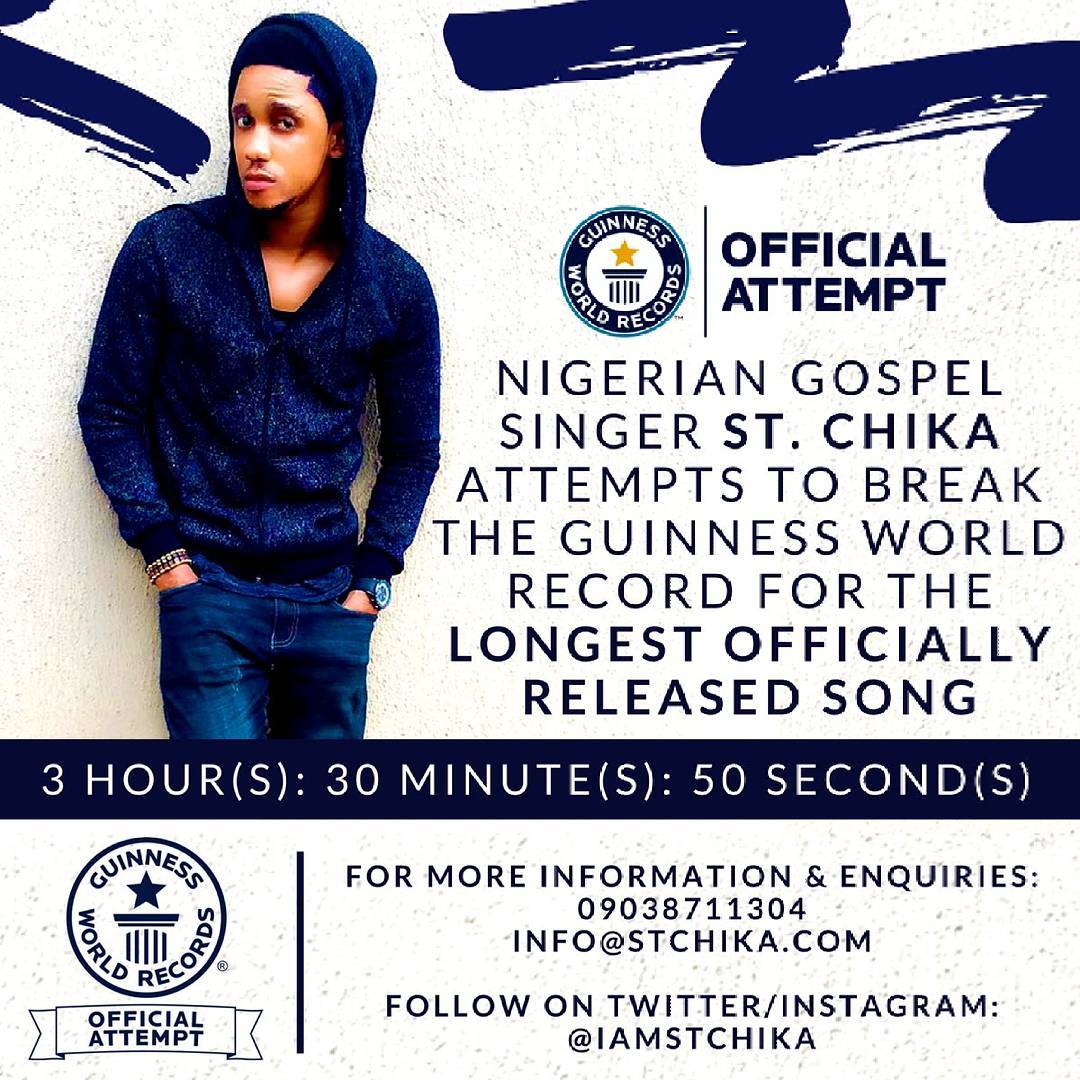 Nigerian gospel singer St. Chika is attempting to break the Guinness World Record for the Longest Officially Released Song with his new single titled Power In The Name Of The Lord.

The 28-year old graduate of Physics from University of Lagos began recording the song on Sunday, May 20th and finished on Thursday, May 24, 2018. The song lasts 4 hours, 2 minutes and 4 seconds.