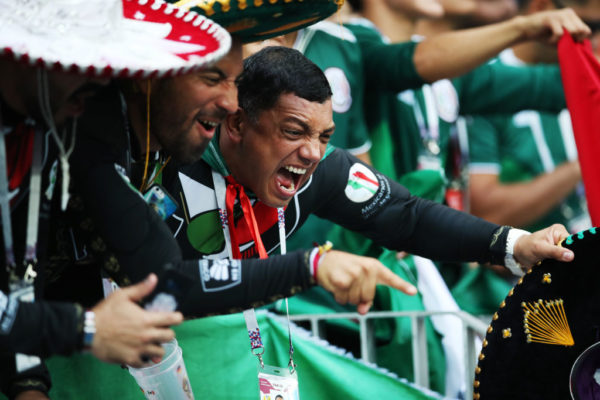 Mexico fans are seen during the 2018 FIFA World Cup Russia group F match between Germany and Mexico at Luzhniki Stadium on June 17, 2018 in Moscow, Russia. (Photo by Ian MacNicol/Getty Images)

Fifa is said to be investigating homophobic slurs made by fans of the Mexico national team in their World Cup match against Germany.

Mexico had defeated defending champions Germany 1 – 0 in their group stage match, but the actions of their fans may be penalized.

According to BBC, Fifa is investigating “homophobic chanting” made by the fans and directed to German goalkeeper Manuel Neuer.

The Mexican Football Federation (FMF) had been fined 9 times during the team’s world cup qualifier matches for the same reason.