Ada Njemanze: Don't Be Afraid to Go With Current Trends 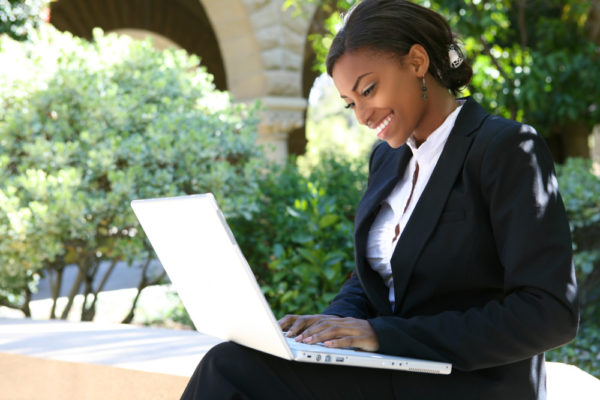 One would wonder how certain businesses have lasted over three decades without any major shut down or challenge. Then comes the world of social media. Despite the traditional media longevity, new media is currently on a move; these tech CEOs and their teams keep wanting to impress and improve what is now and what is the future – sometimes not letting us enjoy the current software version before we receive new update alerts. Every day the world continuously evolves, innovation and ideals are created. Millennials are constantly creating and changing trends.

One of these social media applications currently growing is Instagram. I remember when Mark Zuckerberg purchased it in 2012, the question was why? Now with 1 billion monthly active users, why not? Then all the updates started flowing in. While some of us appreciated them, there were others that didn’t care much, beyond just posting beautiful images of themselves.

As a Public Relations consultant, the ever-changing trends can be stressful, but it becomes easier for networking and building strategic relationships. The same applies for the growing number of entrepreneurs. We also have the influencers whose numbers keep climbing from their innovative ways of attracting huge followerships through their content creation. We are currently in the #dotheshiggy phase. Next month it will be something different. One thing is key though, some of these apps make it easier to learn, connect and grow as an entrepreneur/business owner beyond email exchanges.

Instagram’s latest update with the “Ask me any question” might seem ridiculous to the “cool kids” but to us growing entrepreneurs it feels like Christmas has come early. Imagine a mentor who barely responds to your emails or DMs decides to join the question trend, it becomes an opportunity to learn, connect and communicate. In just 24 hours I have learnt some key points from editors and top business executives just looking through their Instagram stories via the questions. I realized that I wasn’t alone in asking some important questions I needed answers to, but I couldn’t because of the fear of being seen as a failure.

In the question posts, I engaged the Editor-in-Chief of Entrepreneur Magazine, Jason Feifer and asked why we don’t get to read a lot of stories from the African market which we can easily relate to. I hoped he would answer me despite his huge following. Well, he did. He explained the challenges they had within Africa, their vision of the magazine and measures taken to solve that. Then he shared an article published in 2017 about African entrepreneurs in the magazine. {Click here to read it}

Needless to say the article presented a refreshing outlook in African businesses. It referenced on our communal beliefs, economy and our fear of failure, based on culture/society perspective. It was very insightful to read about other African business owners who have built successful brands, but failed to maintain that same level of success in the years that followed. It takes them several months of denial and the last phase of panic mode to admit they had failed.

Our belief is to speak positively always and never mention failure, but you read some of the world’s wealthiest and successful innovators whose failures are nothing like what some of us have encountered. They remain grateful for that once failed venture, because it created a path to success. Each business you build is prone to fail, but that doesn’t mean it will fail. It just means that sometimes the business models we build for our companies sometimes have time phases and lapses which can be corrected with the right direction or starred towards a long term build.

Most businesses do not succeed solely on the back of public relations, but on the model/solution/service you are providing and to whom you are providing that service. Let’s learn to  accept our failures and look towards building more successful ventures without the stigma of failure hovering above.

Your mentor might not be always available for a meet-up, but the important thing about growing a business in this century is the access and opportunities that social media has provided us. Even big established companies have become more transparent in their corporate governance and market analysis.

One thing is certain: growth is inevitable and failure doesn’t remain failure without corrections and admittance of error. So, what’s stopping you from utilising the smartphone you are carrying around and investing in social media apps that offer connectivity and a pathway to business success by aligning with the right channels?