"...Threatening to detain me and hang me upside down" - Twitter User Narrates Scary Ordeal with Nigerian Police

A Twitter user has narrated a scary story of how he was unlawfully held by the Nigerian police for hours after a random stop and search.

According to him, he was stopped while in a taxi on his way to a meeting. The policemen, who were in plain clothes, went through his phones and laptop before concluding he was a ‘fraudster’ and asked him to get into their car.

He explains that he has been kidnapped before by people disguising to be policemen and because of this he became wary when he was asked to get into their unmarked car.

Before getting to the police station, he was asked to write a statement but instead of writing what had actually transpired, the policemen were dictating to him what to write, which he bravely refused to do.

See the tweets below.

This is a reminder and lesson about how just about anyone can find themselves in these surreal situations and it is a call on the government to ensure there is a reform of the police system. 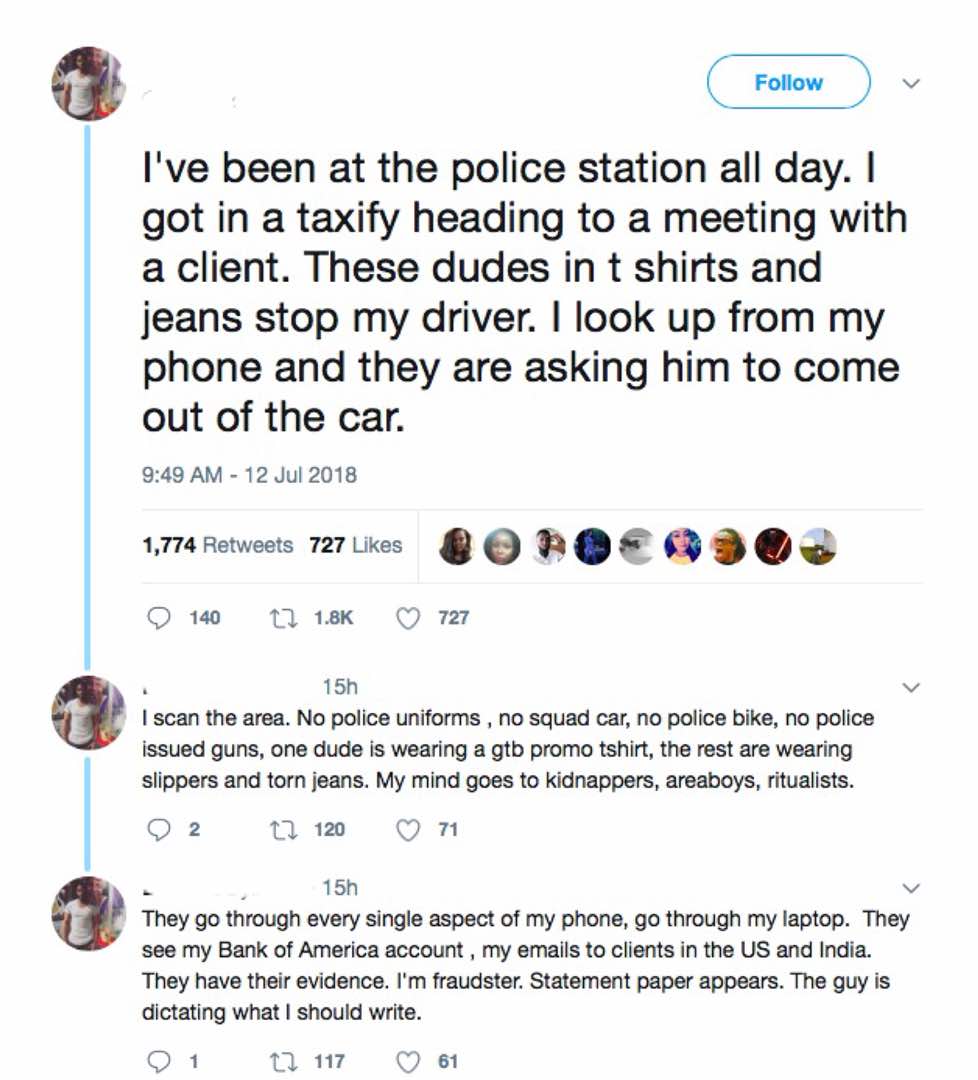 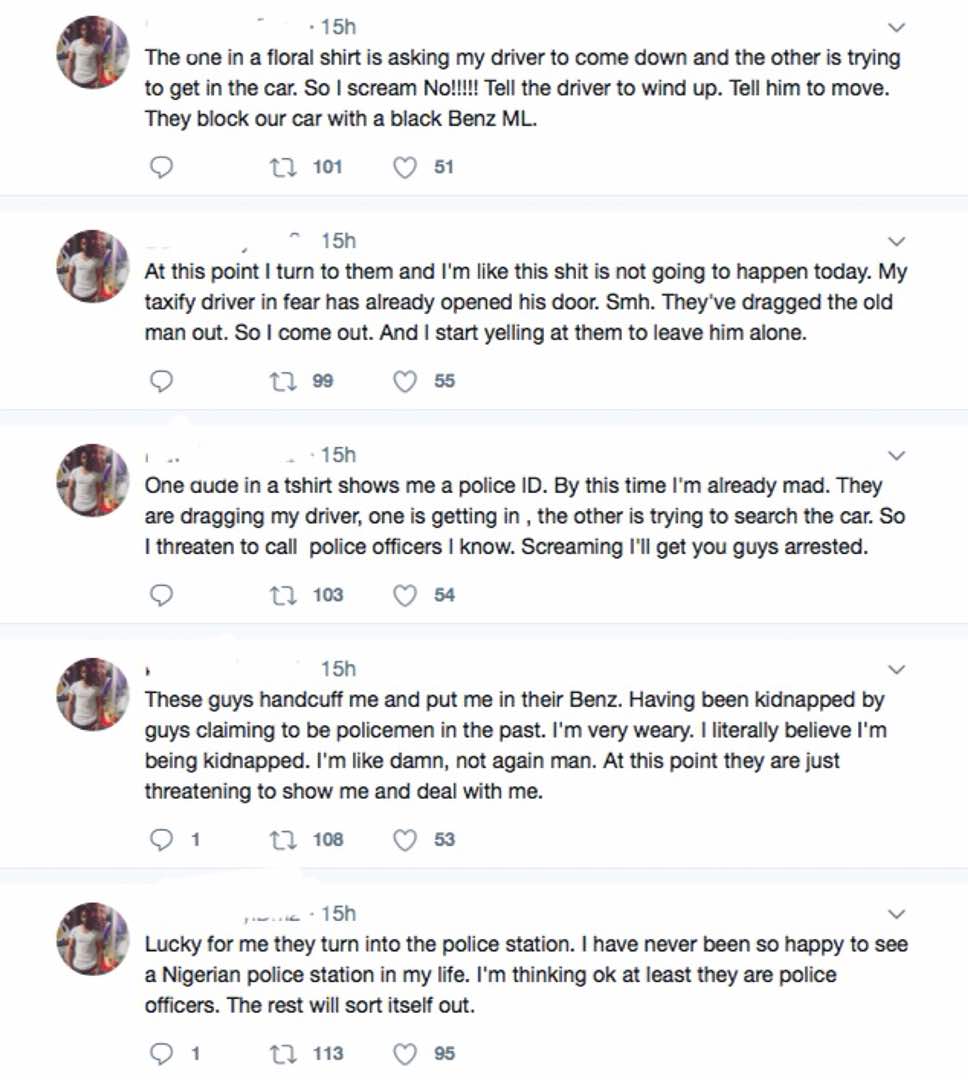 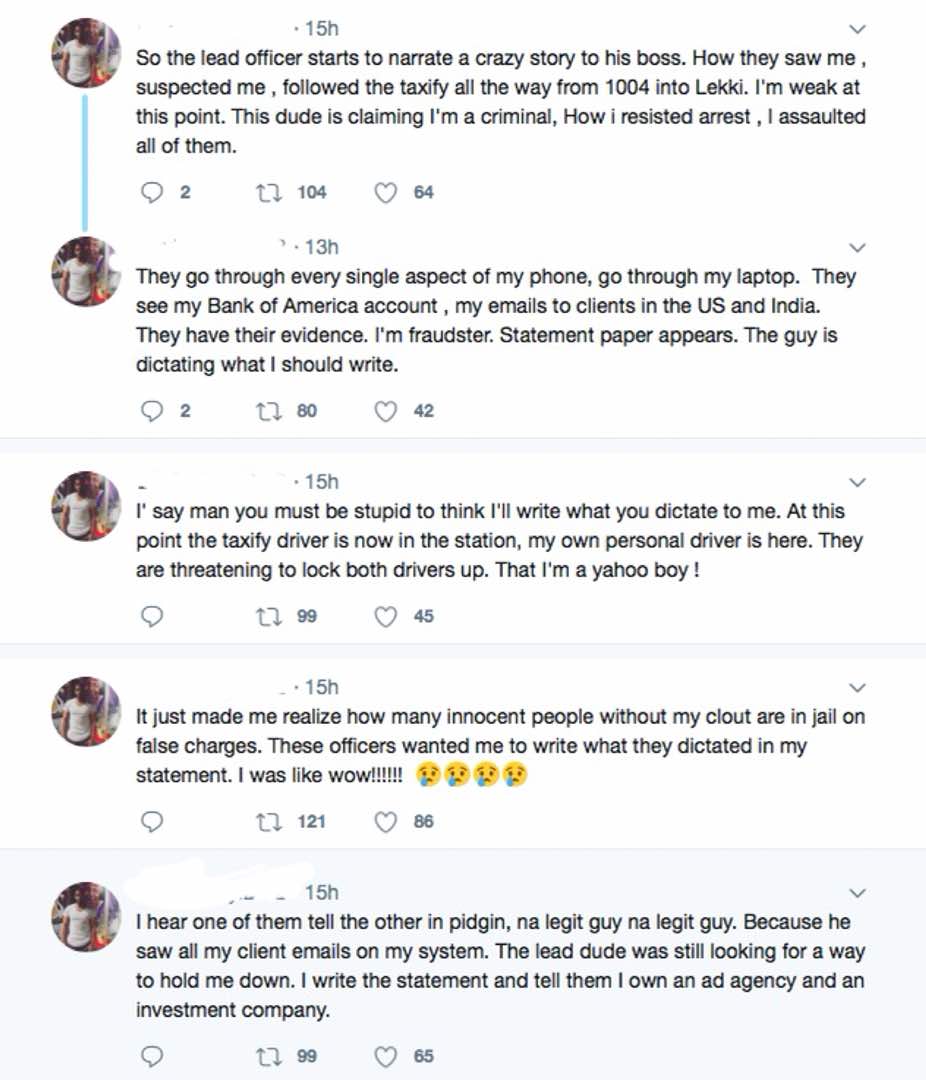 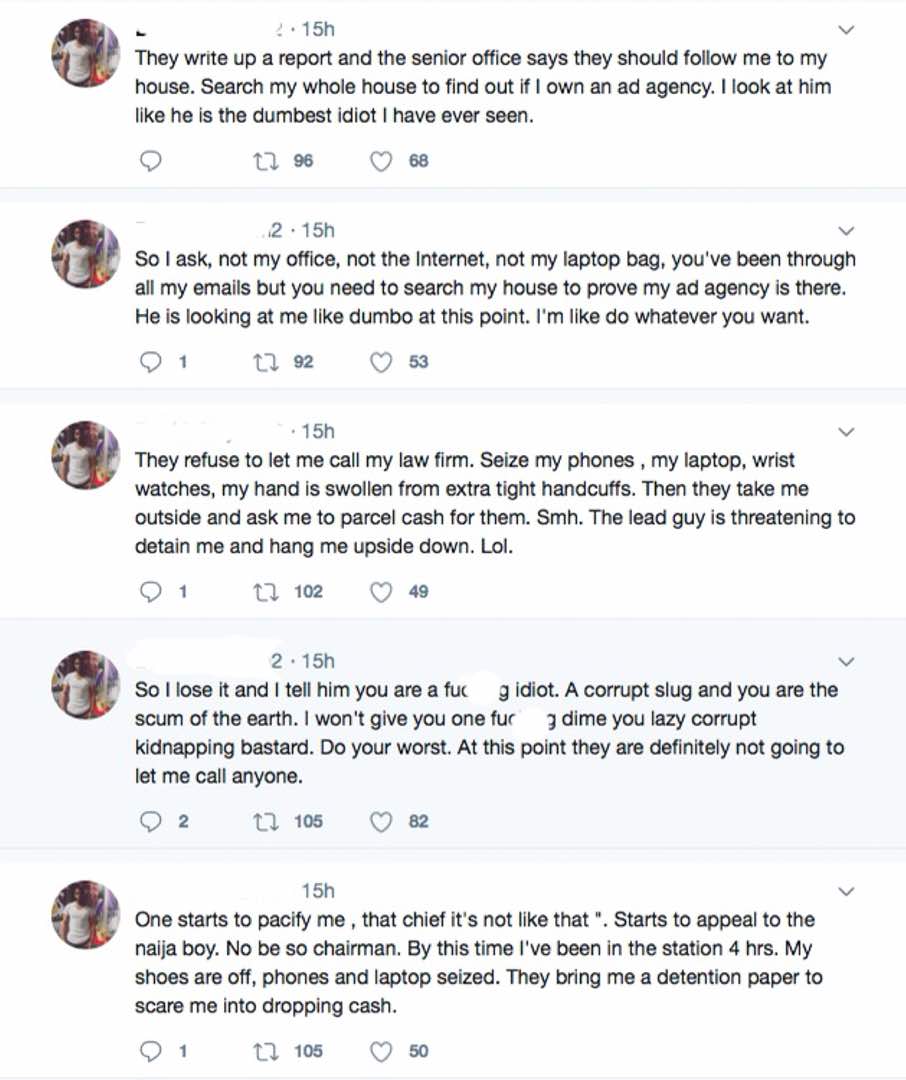 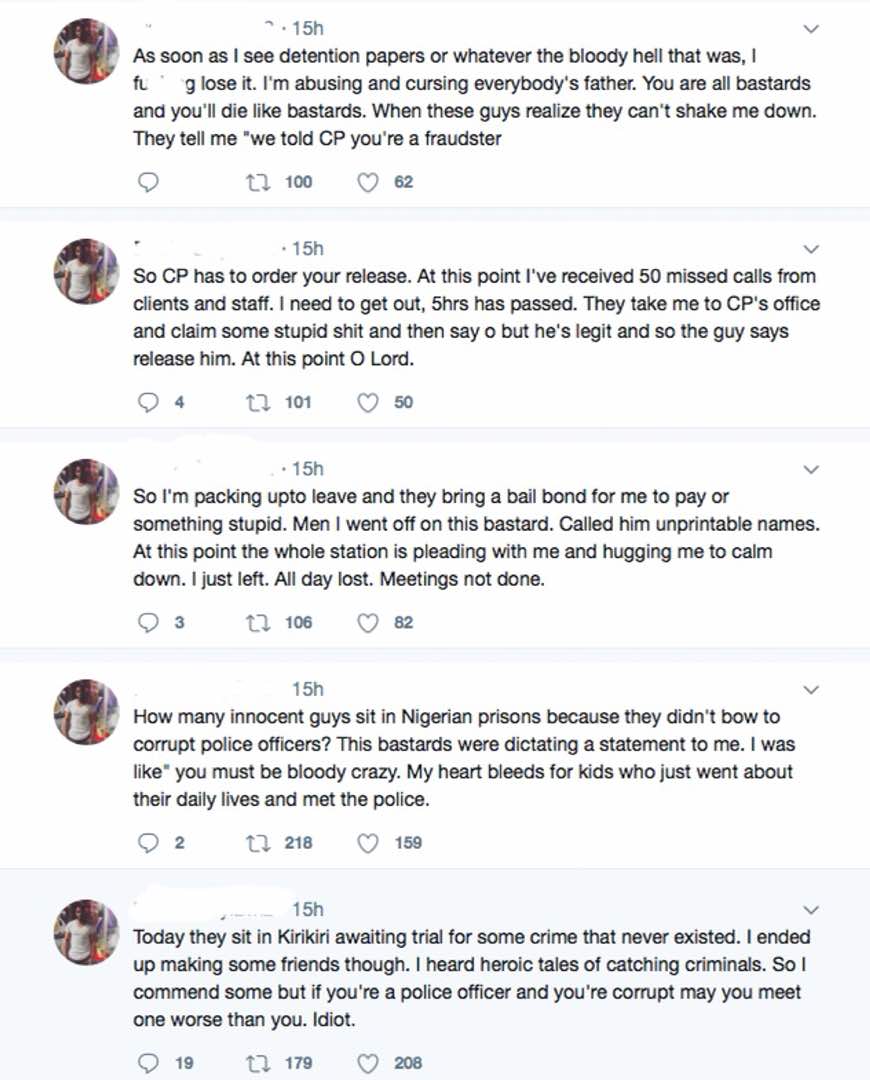