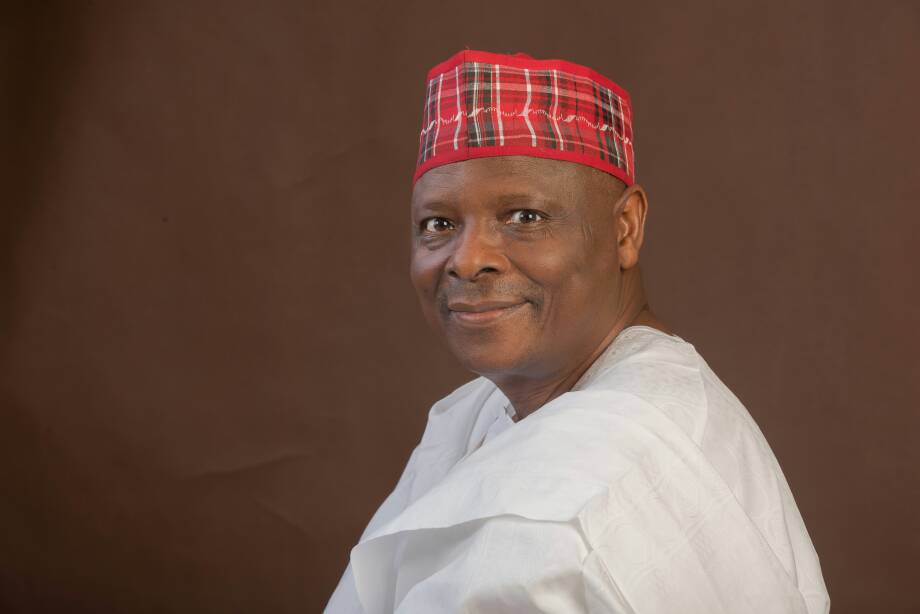 On Tuesday, less than 24 hours to the declaration of former Kano governor Rabiu Kwankwaso‘s presidential bid, authorities denied him access to the venue, after initial approval on August 20th.

Kwakwanso had defected from the ruling All Progressives Congress (APC) to the Peoples Democratic Party (PDP).

A letter signed by Usman Raji, the facility manager of the Abuja International Conference Centre & Eagles Square disclosed that the decision to prevent him from using the venue was to avoid disruption of “work flow” at the Federal Secretariat.

We are sorry to inform you that the event can no longer hold on the said date because it is a political event and the 29th of August, 2018 happens to be a work day, as it would disrupt the usual work flow of the Federal Secretariat.

We apologise for the oversight on our part to note the date in relation to the nature of the event. We regret every inconvenience caused by this.

Reacting to the development, presidential aspirant under the PDP Atiku Abubakar said on Twitter:

The last minute cancellation of an approval granted @RMKwankwaso is unfortunate. On October 15, 2014, under the @officialPDPNig led administration, then presidential aspirant; @MBuhari, declared for President at Eagle Square with no hindrance whatsoever. This was a work day.

The refusal to allow Senator Kwankwaso’s campaign to utilize Eagle Square for his declaration, despite an earlier approval, sends a wrong message about our democracy, particularly the tolerance level in our politics. Eagle Square belongs to all Nigerians.

You cannot stop Rabiu Kwankwaso by preventing him from declaring his intention to run for the Presidency at Eagle Square and sealing the place up. By doing that you have only made him stronger and more popular.Whoever @OfficialPDPNig fields will beat you hands down in February.

See the approval and subsequent denial below: 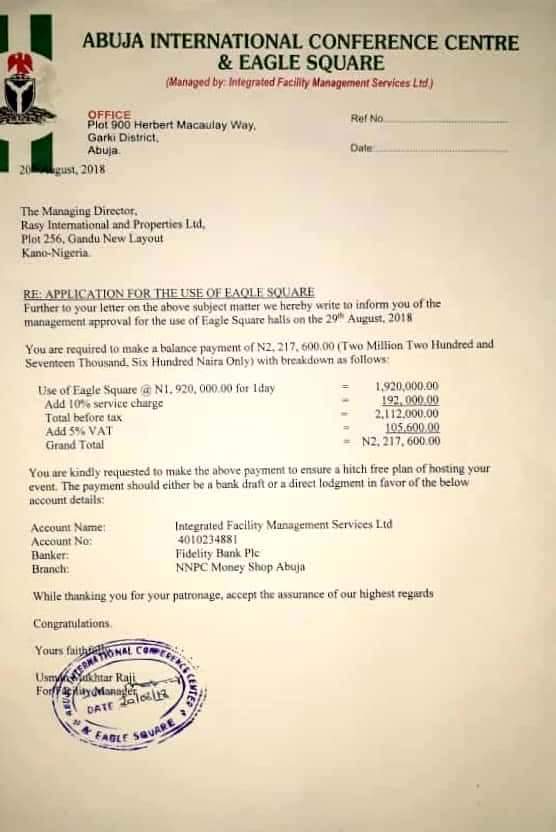 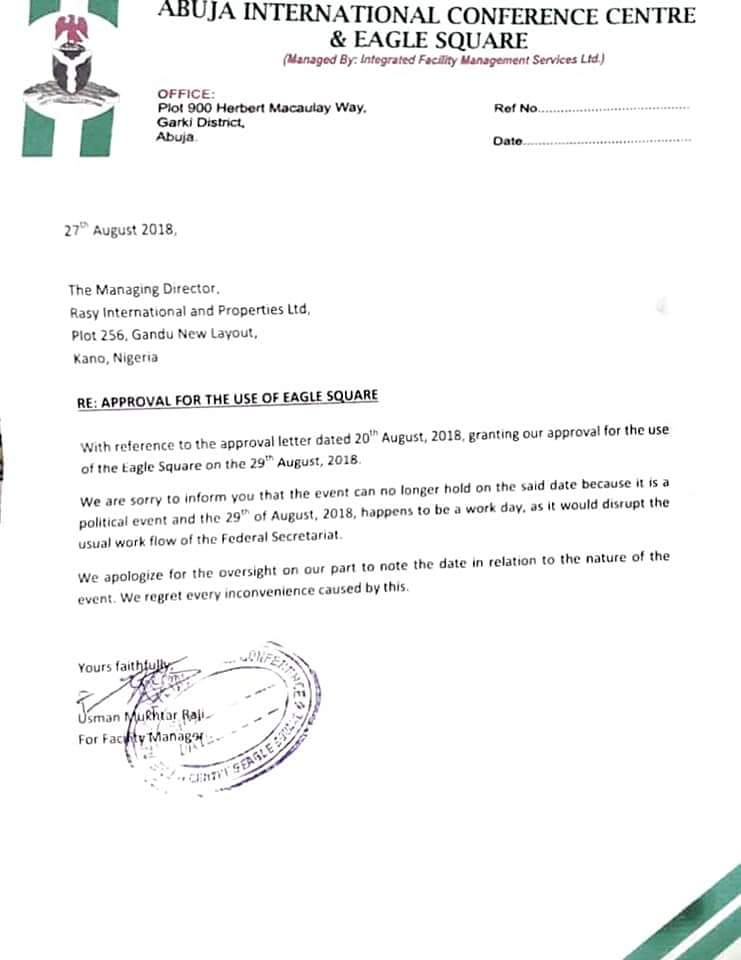 Kwankwaso is now using the a hotel event centre for his declaration.