BN Presents Beyond the Three: Discover Bassa People of Kogi As Told by Ma'ade 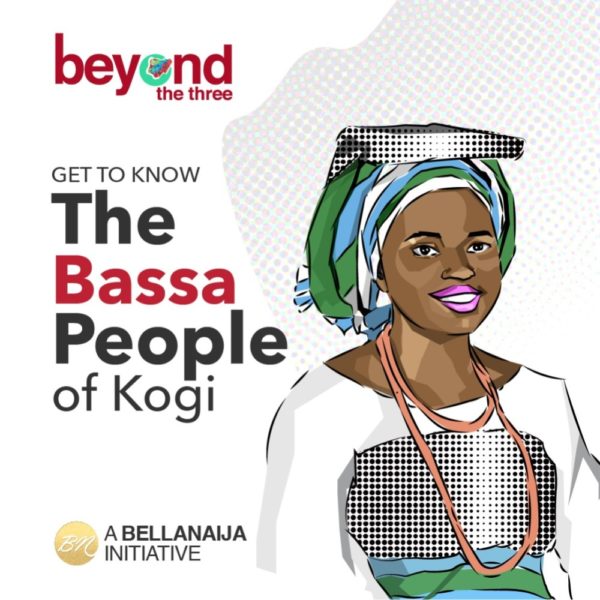 In the first edition of this series, we were introduced to the Idoma people; this was followed by the Esan people.  Joan introduced us to the Oegorok people and we learned about the Mhiships from Mwanret.

In this edition of Beyond the Three, Ma’ade tells us about the Bassa people of Kogi State. Ma’ade  shares that Bassa people are predominantly in Lokoja. In Ma’ade’s words: “When you see a Kogite usually the first tribe that comes to mind is Igala or Ebira because they’re the majority in KOGI state. I hope I get picked to share my amazing tribe with the world because we deserve to be noticed.”

We hope you enjoy reading about the Bassa people.

What is your language called and do you speak it?
My language is called Bassa-Nge and I speak it fairly well. I understand it fluently though, if that counts. My language has its roots in Nupe – which is found in Niger State, Kwara State and Kogi State.

Have you been to your village?
Yes, a few times; but I mostly visit my town which is Lokoja. My village is called Ajigido.

Tell us about some of the unique rites and cultures about your ethnic group
Naming style
Naming is done on the 8th day after birth; same as most cultures in Nigeria.

Second Phase: This is the introduction phase. In this phase the bride sets her bride-price, not her parents – because she’s the one the money will be given to. Also a list of items are given to the groom and his family to buy. The food items he buys is what will be used to cook for the wedding. In my culture it is the groom’s family that handles all the preparations for the wedding.

Third & Final Phase: On the wedding day, the bride is bathed by an older female relative in a mortar to signify her departure from singlehood into married life. While this is going on, her husband’s family would have arrived to come collect her and take her to her husband’s house. If they’re from different villages they will most likely go by canoe to her husband’s village. This practice is gradually fading away as more people are becoming “modern”.

Death and internment practices
Funeral practices in Bassa are not extravagant. They’re mostly simple and the person is buried almost immediately after death or no longer than a month. If a parent loses their child they’re not supposed to be present at the funeral or to even know the grave site.

Ruling and governance
The chief in my culture is called Etsu. When he dies, the Kingmakers pick the next chief from one of the ruling houses. The ruling houses alternate until a chief has been picked from all of them.

Markets and community trade
In Bassa we have 2 major markets called Ecewu Market and Gboloko Market. These markets are every 5 days and people from different villages come to buy and sell. There are One Hundred and Forty Four (144) villages in Bassa Land.

Greeting
To greet, the men squat and the women kneel. When a groom-to-be goes to his in-laws house to ask for the bride’s hand in marriage he is expected to kneel and place his hands on the floor.

Dressing
The men usually wear a kaftan and a cap. Their dressing is pretty simple. The women would wear a blouse and a wrapper (Iro & Buba) then tie another wrapper above their bust, tie a gele and fold another scarf on top of the already tied gele. In the olden days, they would put their slippers on the scarf as well, and walk barefoot.

Festival
The only cultural festival I know of is Bassa Day. It holds every 26th of December and there are several masquerades that come to display their skills. I’m sure there are more, but sadly I don’t know them.

Tell us about a notable proverb of the Bassa people
“The morsel of food that falls from your hand into the soup is for the comfort of the throat”.

What are the things you don’t like about your culture?
Sadly the thing I love is also the thing I do not like about my tribe/culture which is that because we’re endogamous, you’re most likely to marry someone you’re related to even if the distance is by 10 generations. Also even though we’re hardworking, we’re not entrepreneurial and we often times end up allowing great opportunities slip away. (Luckily my generation is changing the entrepreneurship narrative).

What do you love about your people?
The thing I love about my tribe is that we’re endogamous, close knit and very hardworking. Practically everybody knows everybody. It makes it kinda hard to keep a secret.

Ma’ade, we’re very excited that you were able to tell us about the Bassa people. BellaNaija remains grateful to you. Find out more about Beyond the Three series HERE. Click HERE to read more entries in the series.

Isha Sesay is Ready to “take the lead in my own life” & We’re Here for It!

Keri Hilson shares What She’s Been Up to In Kenya