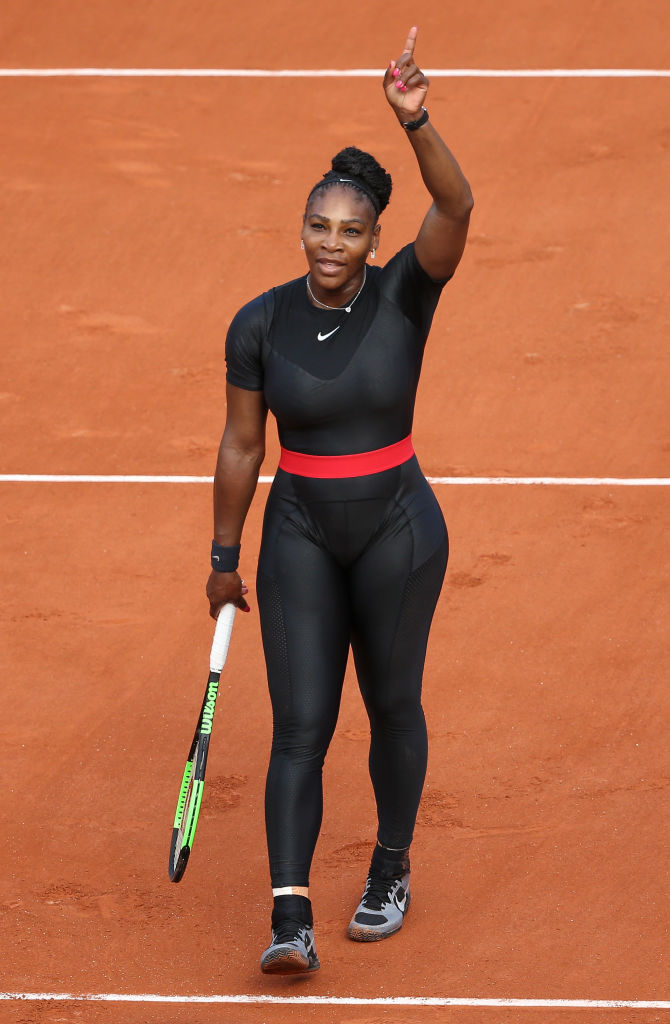 PARIS, FRANCE – MAY 29: Serena Williams of USA celebrates her first round victory during Day Three of the 2018 French Open at Roland Garros on May 29, 2018 in Paris, France. (Photo by Jean Catuffe/Getty Images)

French Tennis Federation president, Bernard Giudicelli had made it known in an interview in Tennis Magazine’s 500th edition, that the French Open will be introducing a dress code to regulate players’ uniform.

Reacting to the news, sportswear brand Nike took to Instagram to support Williams, sharing a photo of her wearing the catsuit and writing: “You can take the superhero out of her costume, but you can never take away her superpowers. #justdoit”

Now Serena herself has reacted.

Serena was asked about the news at her pre-US Open press conference this past weekend and, according to ESPN, she said “I don’t know exactly what he seemed to say…but we already talked…we have a great relationship. We talked yesterday, so, everything’s fine guys. When it comes to fashion, you don’t want to be a repeat offender! It’ll be a while before this even has to come up again”