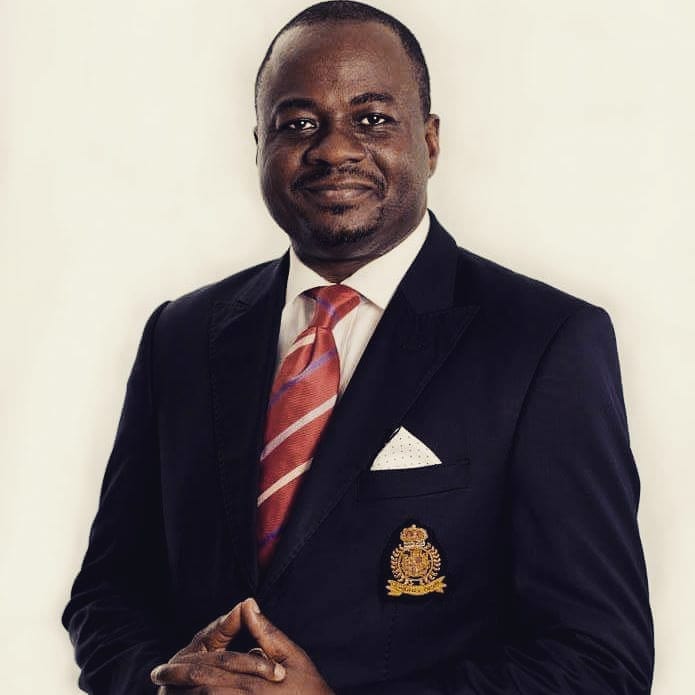 Presidential aspirant Olasubomi Okeowo has been under fire since Sunday over a comment he made on talk show “On The Couch Naija with Falz & Laila”. (Watch the full interview HERE).

When asked what he’d do to ensure Nigeria goes from being a consumption country to a producing one, he said:

What can we possibly produce? Basically, there’s nothing we can produce, we are black people. I’m sorry to say that; we’re not wired that way.

He went on to say there’s no way Falz, if given $100,000 will be able to produce the glasses he’s wearing. “Your brain can’t comprehend it,” he says.

Reacting to the backlash that came with his declaration, Okeowo posted screenshots of Instagram using supporting his statement and said:

Maybe we should see things from another perspective. As much as I and my campaign team have not called any Nigerian unproductive or say that the black man cannot produce anything, myself have only said invariably we should focus on our strength and come together as a people to resolve our needs. If anyone is angered, let them turn the anger into productivity and show us all it can be done. As much as I don’t lay claim to know it all, I will Honorably stand down to allow a more qualified candidate go for the post. I regret any speech that may sound derogatory and want to use this opportunity to wish Nigeria and Nigerians well.

Never will I look down on my people as unproductive. But I have felt the pains of Nigerians youth now and I felt their pulses also. Now that I know what we need to do, I and my team will swing into action to focus our energy on production. Long live Nigeria 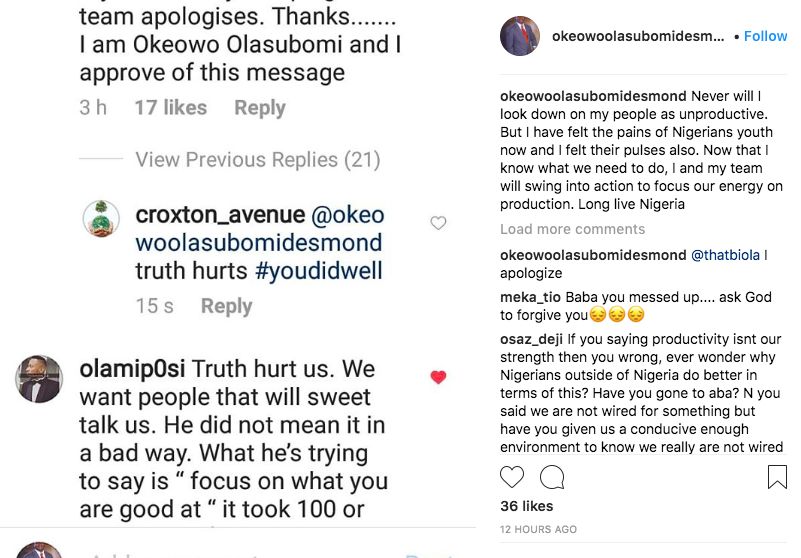 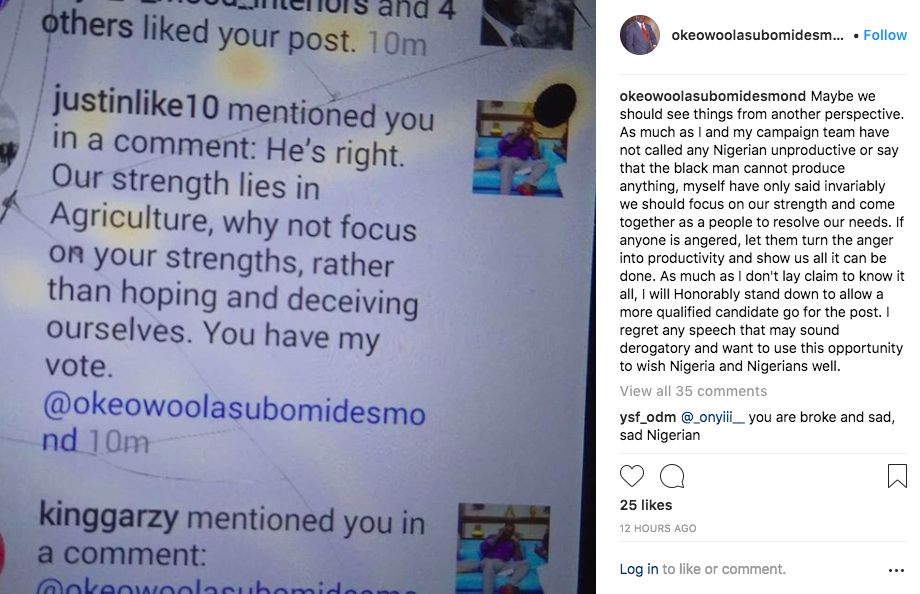 Related Topics:Olasubomi OkeowoOn The Couch with Falz & Laila
Up Next

Police arrests man who Allegedly Battered Mum for “Yahoo Plus”