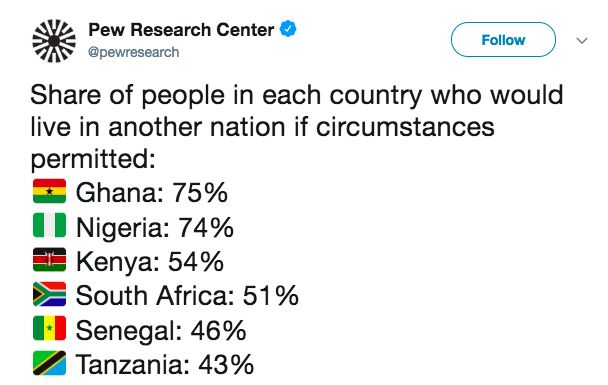 A survey carried out by the Pew Research Center between February and April 2017 has said that 74% of Nigerians would go to live in another country if they had the means and opportunity.

The research surveyed in six of the 10 countries that have supplied many of the sub-Saharan immigrants now living in the U.S.

The research lists unemployment, low paying jobs, political instability, and conflict as some of the reasons people want to leave.