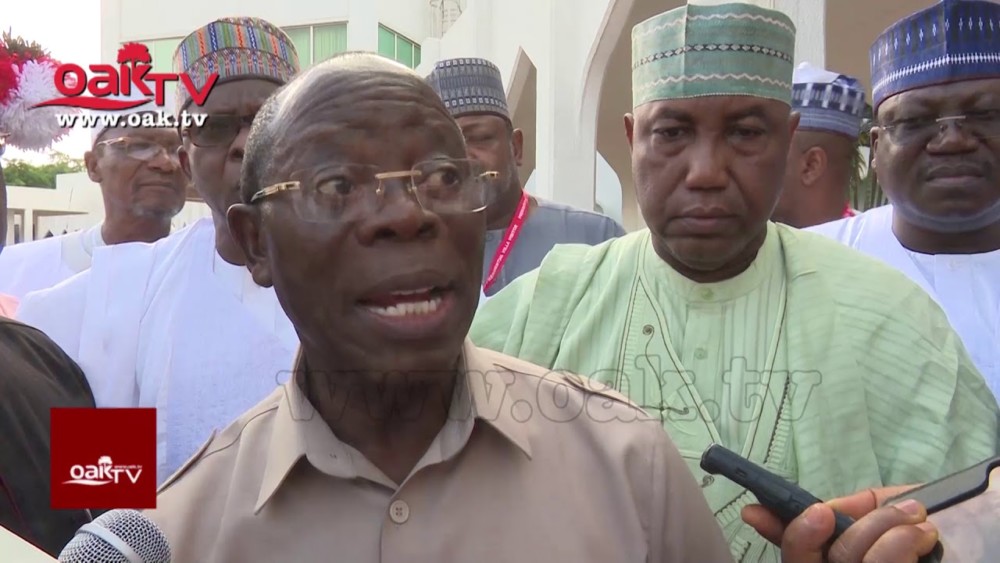 The All Progressives Congress (APC) chairman Adams Oshiomhole has called on senate president Bukola Saraki to resign the position as the “crown” belongs to the ruling party which he dumped.

Oshiomhole made this known after a meeting between him, some APC senators and President Muhammadu Buhari on Wednesday. He said:

Whatever is the reason, we can decamp from party but we can’t decamp from Nigeria. The only thing is that there are other consequential issues that every man or woman of honour who had taken such decisions would be expected to follow through.

I mean you should not collect a crown that belongs to a family and wear it on behalf of the family for your personal reasons…. It is just a matter of honour to leave the crown in the house that the crown be­longs to. As it stands even now, APC is still the largest party in the Senate. We have 53 senators, that is much more than what the PDP, APGA or ADC have.

“The past few weeks have been incredibly trying and difficult, but God’s love has kept me and my family going” – D’banj