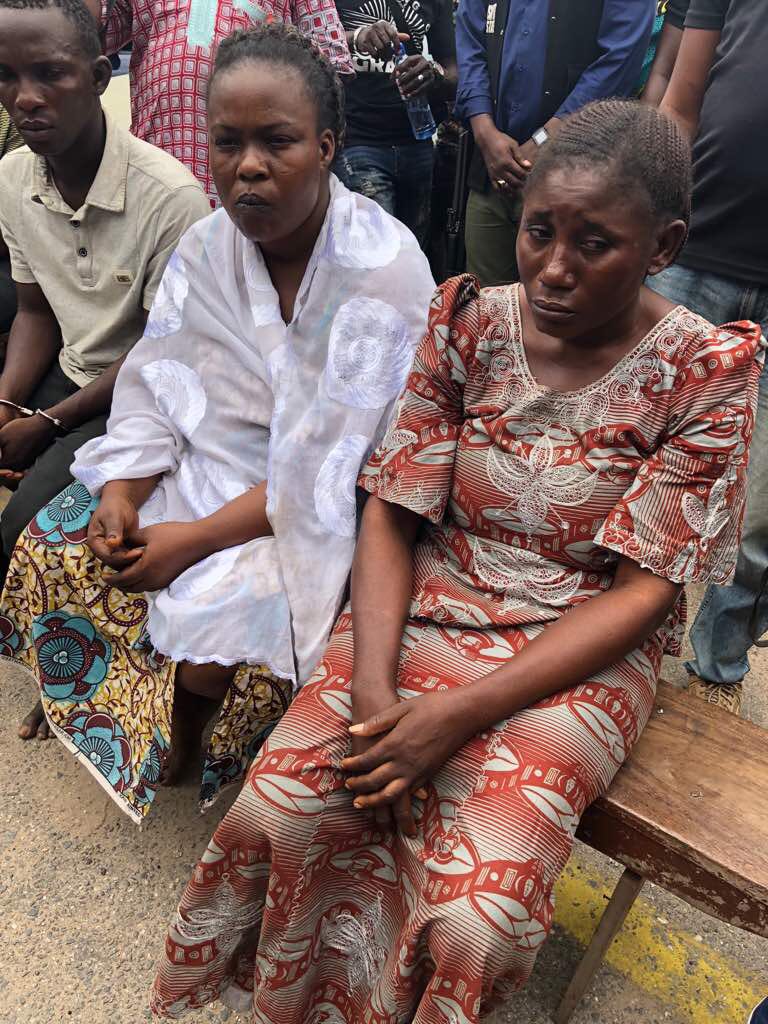 According to Punch, Muraino received a call on August 2, 2018 that his wife and their child has been kidnapped and the ransom was N15.

Punch reports that the Lagos State Commissioner of Police Edgal Imohimi, at a press briefing, said:

On Thursday, August 8, 2018, around 3.30pm, one Alhaji Muraino Kabiru of Governor’s Road, Ikotun, reported at the Ikotun Police Station that his wife, Hadijat Kabiru, and his daughter, Hamidat, 18, who is of unsound mind, were kidnapped on their way to a psychiatric hospital in Oshodi, Lagos.

He said the kidnappers demanded N15m for the hostages. Based on this, I directed the Anti-Kidnapping Squad to rescue the hostages and arrest the suspects.

Investigation revealed that the kidnappers were making their demands from the Ado-Odo Ota area of Ogun State. The operatives of the squad mobilised and the hostages were rescued.

Ahmed Kudus, 29, and Hadijat Rufai, 39, were arrested, while the rest of the suspects fled the scene. One of the hostages, Hadijat, confessed that she planned her kidnap with the suspects to defraud her husband.

According to Hadijat, Muraino does not take care of her and their sick daugher, and this was the reason she faked her kidnap. She said:

Whenever I asked him for money, he usually shouts at me. I told him to give me N500,000, but he did not give me and that was why I decided to hide myself. I did not ask for N15m.

I have four children for him, but he has refused to do anything for me. He knows that my daughter is sick, yet he keeps building houses; he has about 12 houses in Lagos. I am his first wife and we have been together for about 27 years. We have a company together, but he did not do anything for me.

She also denied knowing Ahmed Kudus and Hadijat Rufai. However Ahmed said she is his brother’s lover. He said:

I know her to be in a relationship with my brother, Ahmed Lukman, and they always come to our house at Ado-Odo.

On Saturday, my brother called me to meet him at Church Hotel; he was with this woman. When I got there, I saw him talking to someone on the telephone and also saw this woman pretending as if she was crying. I later heard my brother saying, ‘we will talk later,’ before he cut the call.

Later, I heard them talking to someone on the phone about N1m, and this woman told them that the money was too small and that they should make it N4m. I asked them what the money was meant for. When they told me, I collected the phone and asked the man to please give them the money and let peace reign.

Hadijat Rufai said she was arrested after she stopped the police from arresting her husband.